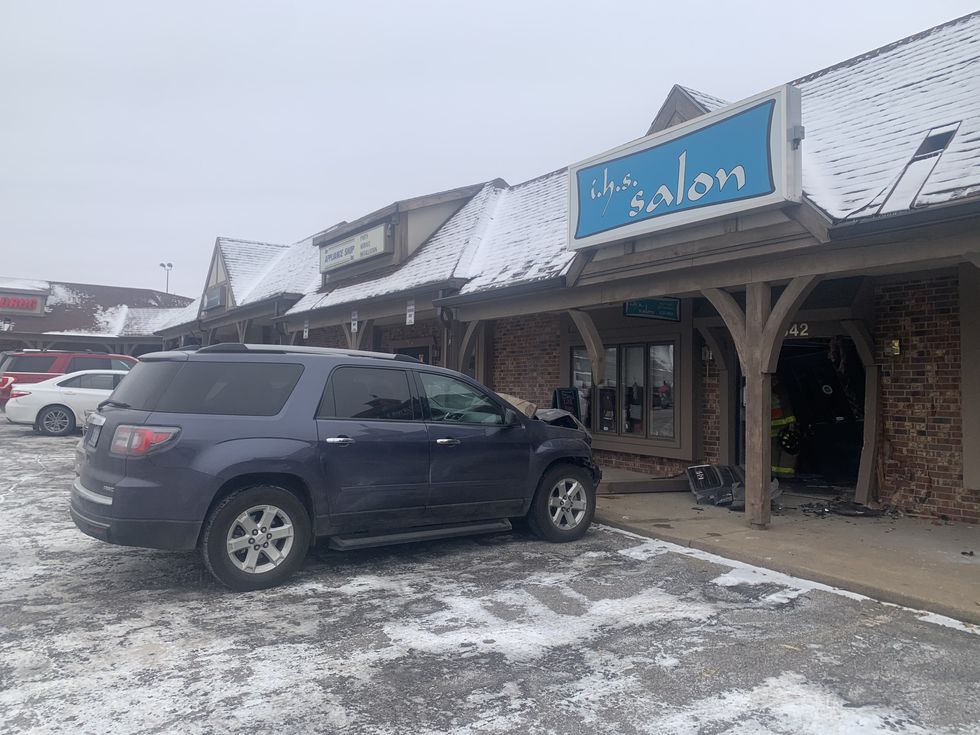 TOPEKA, Kan. (WIBW) – No serious injuries were reported Thursday morning when a sport utility vehicle crashed through the front door of a beauty salon in southwest Topeka.

Police at the scene said a GMC Acadia SUV went up and over a curb in front of the business before crashing through the front door.

Two people inside the front of the salon were reported to have suffered injuries not believed to be serious.

Jody Roberts, the salon’s owner, said a customer and a hairdresser who were inside the salon were “thrown” several feet after the SUV crashed into the building.

Roberts said the customer, a man, was taken to a local hospital by American Medical Response ambulance for treatment.

The hairdresser didn’t require immediate treatment at the hospital, Roberts