A sprawling Los Angeles megamansion believed to be the biggest modern home in the US just fetched $126 million at auction.

The property is known as The One Bel Air.

It was listed on Concierge Auctions from February 28 to March 3.

The auction site calls the 105,000-square-foot home “America’s most expensive and largest residence.”

The property, which is 10 years in the making, comes from film producer-turned-real estate developer Nile Niami.

Niami initially hoped to sell it for a whopping $500 million, which would have made it one of the most expensive homes in the world.

But the home was beset with several delays, construction challenges, and cost overruns. Last year, it was placed into a court-ordered receivership and later put into bankruptcy.

It listed for $295 million in January, already a sharp discount from the $500 million Niami hoped to get for the home.

When no buyers bit, the home went into bankruptcy auction. Though the top bid for the home was $126 million, the auction premium and commission fees will bring the total to $141 million.

Concierge Auctions says the pending sale is “more than double the highest US sale at auction and nearly 50% higher than the world record.”

Here’s a closer look at what the buyer is getting for their $141 million splurge:

Here’s the main entrance to the property.

Inside, the mansion’s foyer has a rotating sculpture and floor-to-ceiling windows, which make for a pretty great view at day…

The One boasts 21 bedrooms, 42 bathrooms, and seven half-bathrooms.

There’s plenty of space to lounge around in the family living room.

There are several rooms devoted to R&R.

For some pampering, there’s a full-service beauty salon and wellness spa.

The salon is one of the more vibrantly colored rooms in the mansion, with glossy red walls.

There’s an entertainment room for activities like playing billiards.

The mansion also boasts its own bar and cigar lounge.

Here’s the bar up close.

In the next room over, there’s a private bowling alley.

It has four lanes, several shelves of bowling shoes at the ready, and bowling balls oddly evocative of Trix cereal.

There’s also a private nightclub on the premises…

…as well as a private movie theater.

The One’s 4,000-square-foot master bedroom has a walk-in closet with plenty of space for clothes, shoes, and accessories.

…in a two-story room that can function as either a library or office and boasts its own balcony.

Your inner child will love the candy bar.

There are a few outdoors, one of which is on the rooftop of a 4,000-square-foot bedroom…

…while the other is above the private nightclub.

Another pool functions as a floating lounge.

Inside, there’s a pool in a room a living wall and a mirror on the ceiling.

It’s located near an exercise room…

…and a juice bar.

Though the home was built in the last decade, it has taken a cue from the construction of centuries past with a moat surrounding three sides of the property.

Visitors to the mansion can have the guest house to themselves.

…and three bedrooms on its own.

Outside again, the mansion has its own glass-walled jogging court, tennis court, and this putting green.

Its other features include a 30-car garage, six elevators, and its proximity to Rodeo Drive, Beverly Hills, and downtown Los Angeles.

Wed Mar 9 , 2022
A GEORGIA man who claims he was left with second-degree burns after a trip to a local spa says he is now taking legal action. TikToker Neyo White went viral after sharing a video detailing his experience of a chemical peel gone painfully wrong. 2Related Posts:One-Time Most Expensive House for […] 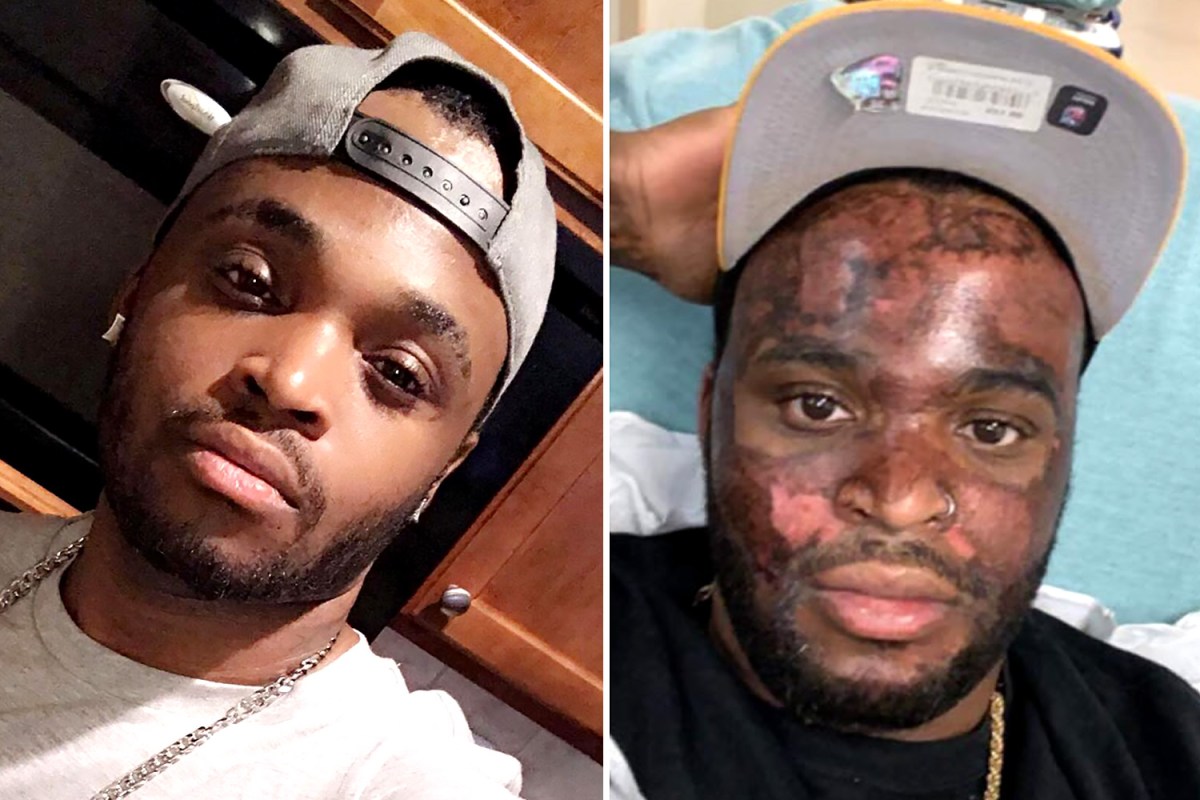