A girl in England has a special genetic trait: Her hair can change from blond to brunette based on how she styles it.

The girl, identified as Bella, lives in Lincoln, England. Tyla reported that Bella, born with half-blond, half-brunette hair, chooses how she parts her hair based on whatever outfit she wears that day.

“I don’t really have a favorite shade, it depends what outfit I’m wearing,” Bella said. “A lot of school friends do want my hair and some ask if I dye it.”

Her mother, Jenny Hill, said the genetic trait is believed to be caused by poliosis, the decrease or absence of melanin that can occur in head hair, eyebrows, eyelashes or any other hairy portions of the body.

Poliosis most often refers to hair with white streaks or patches.

Speaking of eyelashes, Bella not only has multiple hair colors but also different-colored eyelashes. Jenny said her mother pointed out the differentiation when Bella was born, but Jenny was in too much pain to notice at the time.

“[My mother] was saying she’s fair and I said she’s dark,” Jenny said. “Then we noticed her eyelashes were fair on the blonde side and dark on the brunette side. I asked about it at her six-week check-up and they kind of just said ‘oh yes’ and didn’t make a big deal out of it.

The different colors have become more prominent as Bella has grown, Jenny added.

Healthline reported that the presence of white or gray hair patches can be enough to facilitate a diagnosis of potential conditions, while some diagnoses may result in thyroid disorders, vitamin B-12 deficiency, or something else potentially serious. There is no way to permanently change the color of hair affected by poliosis, they add.

Dermatologists have surmised that while “the exact prevalence of piebaldism is unknown,” it has been estimated that less than one in 20,000 children are born with this condition. Poliosis circumscripta, or white forelock as it’s commonly known, may manifest in 80 to 90 percent of cases and is present at birth.

As for Bella, her mother says she tends to go darker in the summer because that side goes further as opposed to her “ice blonde” hair color that almost looks bleached.

Jenny, a former hairdresser, said her co-workers joked that she spent too much time around bleach when she was pregnant with her daughter. “In the summer the darker side does go fairer. The blonde is an ice blonde, like it’s been bleached and it goes all the way underneath in an unusual pattern.

Bella’s condition is certainly unique—so much so that her mother said they have only ever encountered one other similar child.

“We were in the supermarket once and we saw another boy with a patch of hair like Bella’s,” Jenny said. “It was really exciting. Bella pointed him out and said, ‘He’s got hair like me,’ so we went over because we haven’t seen anyone else before.”

Thu Feb 3 , 2022
Offering all ladies and men worldwide the most effective of cosmetics, haircare and fragrance in terms of high quality, efficacy and security. CLASS MOTION WAIVER. THESE TERMS DO NOT PERMIT CLASS OR COLLECTIVE ARBITRATIONS, EVEN IF THE AAA PROCEDURES OR GUIDELINES WOULD. HOWEVER ANY OTHER PROVISION OF THOSE TERMS, THE ARBITRATOR MAY […] 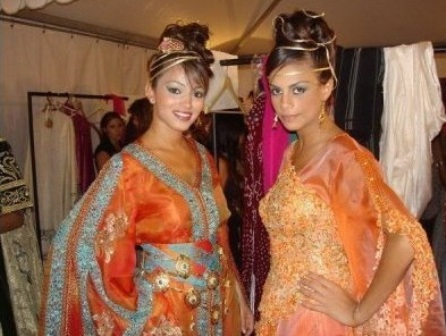