Built in the shell of an old Target in Mesa, the Mekong Plaza food mall offers the largest selection of Chinese, Vietnamese, Filipino and Taiwanese restaurants under one roof in the the Valley.

Interspersed between the restaurants and food stalls are beauty salons, bakeries, gift shops and smaller stores selling medicinals and Asian jerky. You could easily spend a day exploring the vast indoor mall, which is anchored by the Mekong Market grocery store, one of the best places to shop for specialty sauces and herbs.

Choosing from more than a dozen food options is an overwhelming task, so I did the legwork for you and ate at every restaurant and food stall in Mekong Plaza.

Here’s your guide to what to order at Arizona’s biggest Asian food court.

Across from the main grocery store, Unphogettable is probably the most approachable restaurant in the shopping center. With a kitschy name and a familiar menu of Vietnamese pho and vermicelli dishes, they offer three types of banh mi sandwiches: beef brisket and both Hu Tieu and pho-flavored chicken. The pho chicken banh mi ($12) stood out thanks to the accompanyingbroth that I used for dipping. This move was essential. The bread had a nice toast to it, and was even nicer when it softened in the flavorful broth. Dunking also made up for the fact that the sandwich was light on the mayo and spicy sriracha.

Regulars know you’re supposed to enter Thai Spices from the front door that faces the parking lot, rather than the low-key interior mall entrance. However you get there, once inside you’ll dine surrounded by golden walls and intricate murals of Thailand. The shrimp and eggplant stir fry ($12.95) was one of the lighter dishes I tried at the market, balanced and flavorful with plenty of vegetables like zucchini, carrots and broccoli served in a gently sweet sauce.

This homestyle Vietnamese restaurant has another location next to the Lee Lee market in Tucson, where I’d routinely go for giant bowls of udon noodle soup on the weekends. With one of the biggest menus in town, Com Tam Thuan Kieu goes way beyond the commonly found vermicelli noodle bowls and my favorite is the fish cake and shrimp udon soup ($6.99). Made with a light chicken-based broth, it comes loaded with whole shrimp and plump patties of ground fish. Pile on the herbs and bean sprouts for a well-rounded meal.

My favorite dish at this popular dumpling spot is actually a rice noodle — the cold liang pi noodles ($7.99) with peanuts and a mustardy sesame sauce. They were sold out on my last visit, so I went for the pork sheng jian bao pan fried pork buns ($11.99), which are a close second. Think of them like a mix between a steamed white bao and a soup dumpling. Much like the latter, the inside is filled with broth. Don’t try to put this one on a spoon though. It’s way too big. Just be careful on your first bite so the juicy broth doesn’t explode while you’re eating it, as it did for me. Note: It’s better to order this one to eat on the spot. These dumplings don’t have the same je ne sais quoi when you bring them home.

Mekong Palace is the pearl in the market’s imperial crown. Even on a weekday, the restaurant bustles with servers pushing carts of dumplings while chefs cook and plate dishes in the open kitchen. It’s easy to go overboard here with so many enticing options being wheeled around the room, but since I had many places to go and dishes to try, I held back and simply ordered a plate of gai lan Chinese broccoli ($9.15), a fabulous shrimp fun roll ($5.75) and shrimp stuffed eggplants ($4.68). The latter was one of the best things I ate all day. I couldn’t get enough of the silky eggplant texture and savory ground shrimp patty.

Next door to Mekong Palace is one of the two Vietnamese restaurants in the food court. Though Hainan chicken is technically from Hainan, China, the dish was popularized in Southeast Asian countries like Vietnam by Hainanese immigrants from Southern China. Since I rarely see this delicate boiled chicken dish on menus, I felt compelled to order it. The version at Binh Duong Quan is served so hot I burned my fingers. Poached in its own humble deliciousness, the chicken flesh has a clean and succulent flavor that’s enhanced by the accompanying pungent ginger sauce and green salad with pickled veggies.

I have never tried hot pot like the one they serve at Tasty Pot. Rather than beingpresented with a list of ingredients to choose from and then dip into your table’s hot broth, this Taiwanese hot pot chain gives you a set list of steaming bowls and puts them together for you. The interesting combinations like the lamb hot pot ($15.50) I ordered are most likely better than what I could have put together myself. This one in particular was made with thinly sliced lamb, a bevvy of fish cakes, faux crab and vermicelli noodles swimming in a luscious pork bone broth.

On another visit months ago, I was looking for a snack and ordered some pork siu mai dumplings ($6.25) at the Chinese and Sichuan spot Heng’s Kitchen. This was one of the failures of my Mekong voyage. The menu here looks incredible, yet the dumplings were fairly average. Next time I’ll stick to Mekong Palace for dim sum and go for a spicy bowl of water-boiled fish at Heng’s. Or the pork and pickled cabbage over fried rice cakes, which also looks intriguing.

Everything you need to know about this standout regional Vietnamese spot has been written by my predecessor, former Republic food critic Dominic Armato, who called it “some of the best and most interesting Vietnamese food in town.” If not for his review of this food court stall, I would never have traveled up from Tucson to Mesa to visit this market in the first place two years ago. Though the Bun thit nuong ($10.50) is phenomenal, the common pork vermicelli noodle dish doesn’t give you much insight into the sophisticated world of imperial Hue cuisine. Despite that, this dish is worth ordering for the pork alone, which is plump and crunchy on the edges. Absolute perfection.

Always hungry for Filipino food, I’ve enjoyed longsilog sausage and a gamey platter of porky sisig at this stall, but the lechon ($10) is by far my favorite. An island interpretation of the traditional Spanish roast suckling pig, the Filipino variety is made from boiled and fried pork belly. Each piece features a rip-able cube of meat topped with a layer of crispy skin. They are enough to keep me coming back over and over.

Tucked in the back of the mall near the supermarket, I never noticed this Chinese bakery. Then, on a recent visit, I wandered into the shop. My eyes went directly to the pans of Chinese pork and hot dog buns that were sitting on the counter. When the employee told me they were fresh out of the oven, I didn’t hesitate. I ordered a spicy pork bun ($2.80) and ripped it in half. It was not what I expected. Inside the fluffy baked dough were hot dogs and ground pork mixed with what tasted like melted cheddar cheese. Tasty, though a little on the heavier side. Next time I need a little snack while I shop, I’ll return to this bakery for whatever’s fresh.

I have probably been to this rolled ice cream and tea place more than anything other vendor in the plaza. That’s because they serve one of my favorite drinks: cheese tea ($3.50). Not too big on sweets, I love the savory aspect of an iced oolong topped with a foamy layer of cheese cream. Trust me, it’s better than it sounds. The cheese cream is simply a foamy concoction made with milk and plain cream cheese, so it’s almost like a savory whipped cream. I always drink it down to the ice, so I can have a bite of the salty foam with the frozen water cube.

There’s always a line at this walk-up window boba shop. I think it’s because of the wild and colorful combinations here, which bridge the gap between food and the dinner scene in “Hook.” My matcha shaved snow ($5.99) came with earthy purple smashed taro and little white mochi balls that looked like ice cream. When it was all stuffed in the cup, it tasted like a snow cone mixed with green tea ice cream. I preferred the red bean coconut cream ($5.99),  which featured a big dollop of stewed red beans topped with sweet coconut milk and strings of grass jelly.

Based Fashion Brands To Get To Know This Worldwide Girls's Day 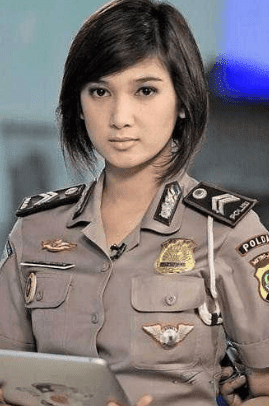