After a year of unsuccessful negotiations, the developer seeking to reconstruct the Golden Bear Shopping Center says he now intends to abide by Upper Arlington officials’ demands to include 26,000 square feet of office space in the project.

© M+A Architects
Scott Patton, Arcadia Development of Ohio LLC managing partner, said after a year of unsuccessful negotiations, he is willing to abide by Upper Arlington officials’ demands for the Golden Bear Shopping Center project, which would include 26,000 square feet of office space.


Scott Patton, Arcadia Development of Ohio LLC managing partner, said Jan. 29 he is ready to transform the 55-year-old shopping center on the southeast corner of Fishinger Road and U.S. Route 33/Riverside Drive on the city’s terms.

The change comes after Upper Arlington senior planner Justin Milam informed Patton by letter Jan. 29 that the city’s Board of Zoning and Planning Commission would not review his proposal to redevelop the center into a five-story mixed-use building with 10,000 square feet of office space until at least June 16.

Milam said Patton’s revised plans were “substantially similar” to ones BZAP rejected June 15. Those plans called for a 199,847-square-foot mixed-use building that would have included 22,000 square feet of commercial space on the ground floor, 102 condominiums on the upper floors and a 176-space parking garage.

Milam said BZAP rules state “substantially similar applications cannot be reviewed by the board for a period of one year unless there are significant changes or new, consequential information is provided.”

Patton said the letter came the same day he received the latest market data from Columbus Realtors, which found the average sales price for houses in Upper Arlington rose 28.6% – from $427,179 to $549,153, from December 2019 to December 2020. Additionally, that report found the inventory of available homes for sale dropped by 46.7%.

That information, Patton said, led him to determine he can build a financially viable project within the parameters that BZAP originally approved in August 2019. Those plans called for a five-story, 199,847-square-foot building featuring 25,000 square feet of first-floor restaurant and retail space, 26,000 square feet of second-floor office space and 79 condominiums to be housed on the project’s top three floors.

“We always positioned this for baby boomers that are in Upper Arlington and downsizing,” Patton said. “The data is reinforcing that this is a great project.

“There’s an overwhelming demand for this type of housing in the market. This project is perfectly positioned to meet that demand.”

After receiving plan approvals in August 2019, Patton came back to BZAP with revised plans that increased the number of condos to 102 and eliminated the second-floor office space. At that time, he said the changes were needed because the city’s administration would not extend him a tax-increment-financing deal through which the city would provide initial funding for the project’s parking garage and other infrastructure upgrades.

He explained to council during a Sept. 16 appeal that without a TIF from the city, he would need to rely on sales of condominiums at the redeveloped site to help fund the parking garage.

But after seeing the new market data, Patton said he can build the project the city seeks.

“I got the year-end summary specific to Upper Arlington this morning (Jan. 29),” he said. “This is not a shell game.

“This is me, as a developer, reacting to the information we now have. We’re done trying to negotiate with Upper Arlington. The market conditions have changed where it will allow us to move the project forward as (previously) approved.”

Currently, the center is one story with 34,000 square feet of office space. It is valued by the Franklin County Auditor’s Office at $3.24 million.

In August 2019, the project approved by BZAP was expected to generate approximately $3.9 million in income tax revenue for the city in the first 10 years after being built, according to an economic-impact study commissioned by Arcadia.

Wed Feb 3 , 2021
“Shot shopping” by seniors from neighboring areas and uncertainty about COVID-19 vaccine allotments are vexing local officials in rural counties, but the state’s emergency management chief blames the problems on supply shortages. The small counties’ frustration is among a litany of complaints about Florida’s rollout of COVID-19 vaccines, as elected […] 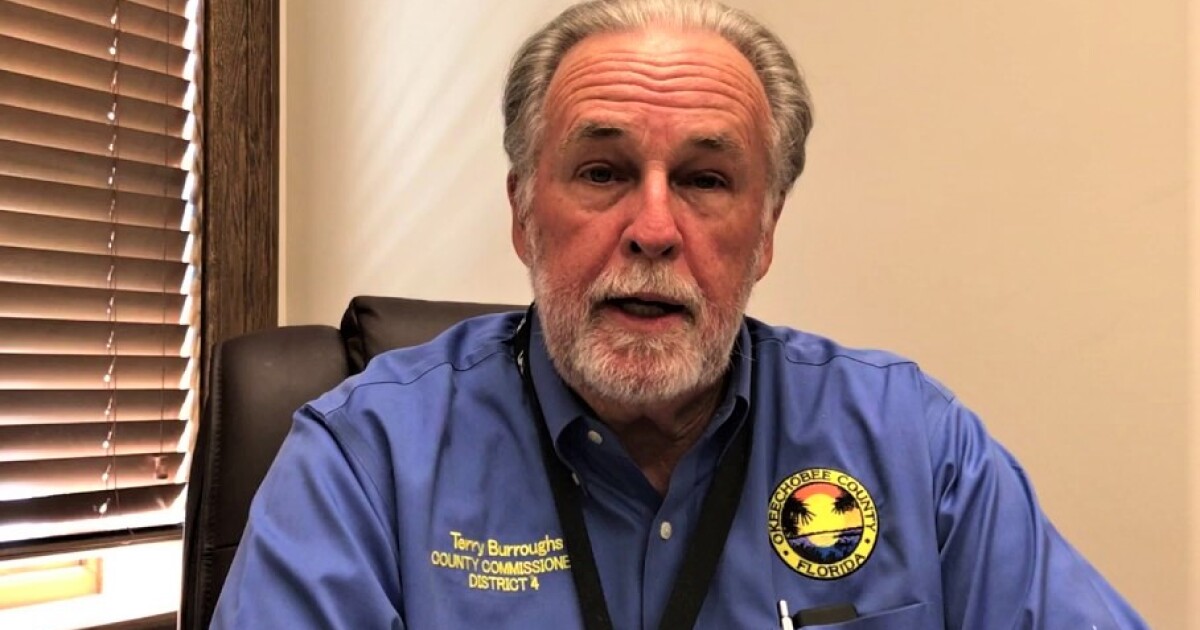