A big track and an even bigger challenge is in store for the FIM Endurance World Championship riders and their teams from 2-5 June when the legendary Circuit de Spa-Francorchamps hosts the second event of the 2022 season, the 24H SPA EWC Motos.

Recreating the spirit of the famous 24 Heures de Liège, which counted as a round of the EWC up until 2001, the 24H SPA EWC Motos is set to become a modern-day classic with a talent-packed, high-level entry list and a track upgraded specifically for the EWC as part of an investment programme of 25 million euros. A full schedule of support races and activities to provide even more entertainment for fans off-track will create an unforgettable atmosphere.

The second of three 24-hour races on the EWC calendar for 2022, the 24H SPA EWC Motos is notable for Circuit de Spa-Francorchamps’ 6.985-kilometre lap length, undulating nature and mixture of low-, medium- and high-speed corners, while its location in the Ardennes Forest can result in changeable and unpredictable weather conditions.

While the return of the EWC to the iconic Spa is just days away, its comeback has been more than five years in the making. The 24H SPA EWC Motos will take place on a significantly modified track, the result of changes mandated by both the Fédération Internationale de Motocyclisme (FIM) and Fédération Motocycliste de Belgique (FMB).

Central to the changes, which were ratified by the Fédération Internationale de l’Autombile (FIA) in line with car racing requirements, are expanded run-off areas at several corners, the repositioning of safety barriers in some sections, plus the realignment of the Speaker’s Corner left-hander, albeit for bike use only. Additional infrastructure work and the construction of a purpose-built grandstand at the top of Raidillon has also been undertaken.

Coinciding with a number of sustainability actions as part of the FIM’s Green Week, the 24H SPA EWC Motos will be broadcast on networks around the world with the entire race shown as it happens on the Discovery Sports platform.

*The fastest time during two days of testing from 17-18 May was 2m20.344s set by Markus Reiterberger for BMW Motorrad World Endurance Team

Circuit de Spa-Francorchamps in 100 words: A track as legendary as it is demanding hosts international-level motorbike racing for the first time since 2001 when the 24H SPA EWC Motos revives the spirit of the 24 Heures de Liège, once an EWC calendar mainstay. The iconic circuit has undergone extensive safety upgrades mandated by FIM and FMB specifically for the EWC’s return. Central to the changes, which have been ratified by the FIA in line with car racing requirements, are expanded run-off areas at several corners, the repositioning of safety barriers in some sections, plus the minor realignment of Turn 9, albeit for bike use only.

*The return of the EWC to Circuit de Spa-Francorchamps was first discussed in 2015, shortly after Discovery Sports Events (formerly Eurosport Events) became championship promoter as part of a long-term agreement with governing body, FIM.

*Although a 22h00hrs start on Friday was originally planned, the 24H SPA EWC Motos gets underway at 13h00hrs.

*At 6.985 kilometres, Circuit de Spa-Francorchamps is the longest circuit on the EWC calendar.

*In alignment with Circuit de Spa-Francorchamps, Discovery Sports Events appointed PHA Claude Michy, the organisation behind the French MotoGP round, to support the general coordination of 24H SPA EWC Motos.

*The return of EWC racing to Belgium coincides with Xavier Siméon chasing a hat-trick of championship titles following success in 2020 and 2021.

New for 2022, the Dunlop Superstock Trophy is a joint initiative from EWC promoter Discovery Sports Events, Dunlop and the promoters of the individual EWC races. It follows on from the appointment of Dunlop as the single tyre supplier to the Superstock (SST) category.

All teams are allocated the same number of tyres for each race and there are two choices of front compounds and two choices of rear compounds. A reward scheme exists with teams receiving free tyres based on their race result. For example, if a team is allocated 20 tyres and receives 15 tyres for winning the race, a bill for five tyres is issued.

Dunlop Superstock Trophy competitors are eligible for the FIM Endurance World Cup, which is contested at the 24 Heures Motos, 24H SPA EWC Motos and Bol d’Or. The Dunlop Independent Trophy, last awarded in 2021, is no more although teams competing without the support of a bike manufacturer in either Formula EWC or Superstock can still chase their own Independent Trophy.

A summary of some of the 2022 FIM Endurance World Championship changes appears below:

The first race to take place at Circuit de Spa-Francorchamps back in 1921 was for motorbikes, while the first 24 Heures de Liège was held in 1973.

“It’s a special track but the conditions will be quite tough because it can rain in some parts of the track and in one part it can be dry. It will be a long race and you need to respect this track. I made some tests last year to learn the track because everybody said you need to go there before to understand well because there are many fast corners. It was very interesting to have some days of testing and I hope it will help us for the race.”

“If I never ride at Spa before I stop my career it would be a big shame so I’m here and the track is quite incredible, honestly it’s the best circuit in the world. It’s the perfect track for the EWC and we hope we can have a good race. I enjoy every part of this circuit, even the chicane and the hairpin. We didn’t test during the winter so the first race was like a practice. For this race the preparation is better, we are closer to the top guys so the target will be to fight for the podium.”

“I was really looking forward to ride here for the first time because everyone who talked to me told me it’s a nice layout and I realised that on the first laps during the test. It’s a kind of track I like, really flowing all the time with not so many hairpins and hard braking points, which is good for us, for me and also our bike, which suits perfectly this track. Eau Rouge is not an easy corner because it’s blind and you cannot see the outside where you have to change the bike direction. It’s going to be less physical than Le Mans because you have more time to rest with the long straight, more flowing corners and not so many hard braking points so you can save your energy more. But with a long circuit it will be a tough race and with the weather changing also.”

“I’ve been to Spa three or four times with the 6 Hour Race so I know the track pretty well. It’s one of the most beautiful tracks in this world but it’s difficult because you have many fast parts and you have to be so precise to get the apex every time right to get all of the speed out onto the straights and out of the corners. Of course, we always come to win but for us the most important is to finish the race like in Le Mans to get the many points as possible because our goal is to win the championship and with a 24-hour race you can make always big steps to be in the fight. The hard work the team did with the engine and the electrics during the winter has paid off, now we are working hard with the starter motor and now it’s better. We lost the start [at Le Mans] and every pit stop we lost five seconds. With 27 pit stops this is two and a half minutes and we lost [the race] by less than a lap but to finish this race was like a victory.”

“Coming to Spa is always special, especially with the changes on the track because the Tarmac is so nice and I am really loving it. It’s just amazing with so much grip, it’s stable with no more bumps, they did a really good job [with the changes]. My team manager Werner [Daemen, from Belgium] always told me you have to go to Spa and finally two years ago it happened. He showed us the track but after two laps he was destroyed so we had to adapt on our own! He was the former record holder before Xavier [Siméon] so Spa is a good place for us. Le mans was a race to forget after the engine failure and we can only do better at Spa. When I jumped on the bike [in testing] directly I was fast [so] it seems we’ve started in the right way.”

“This track is amazing, it’s very, very fast, you have to respect it a lot because you need a level of concentration and confidence that is very high. It will be a very tough race, especially during the night. It’s a track where you can make a big difference in terms of lap times, so you have to respect this track clearly, but that’s why everybody says it’s the most beautiful track in the world because it’s in the woods with long corners, seven kilometres, the track really is amazing. I raced at Spa in 2005 and 2006 and the weather can change at any moment. Sometimes it’s raining in the back of the track and not in the first part so it can be a surprise at every moment and that’s why I said you really have to respect this track.”

“It’s incredible, it’s another track, it’s not similar to the others. It’s similar to the rollercoaster and it’s very fast. I crash with MotoE [in testing before the season started]. I have a little pain in my body but it’s okay. In Le Mans it was okay until I crashed on the first day and I touched another time the broken ribs. In the race it was not good because we finished after five hours but in the first hour I start good and go fast for the Superstock category.”

“The track is pretty awesome and I simply love it. There are so many special corners here and when I ride Eau Rouge for the first time it was amazing, a really special corner. It’s going to be a hard race and we’re missing a little bit of horsepower compared to the Honda so we don’t know what will happen. Because the corners are so fast, when you try to be more aggressive it doesn’t help and this is a key point.”

Sun Jun 5 , 2022
If you acquire an independently reviewed product or service by a backlink on our site, STYLECASTER could obtain an affiliate fee. Memorial Working day weekend might be more than, but the holiday sales are continue to booming. If you put in your downtime soaking up the solar and hanging with […] 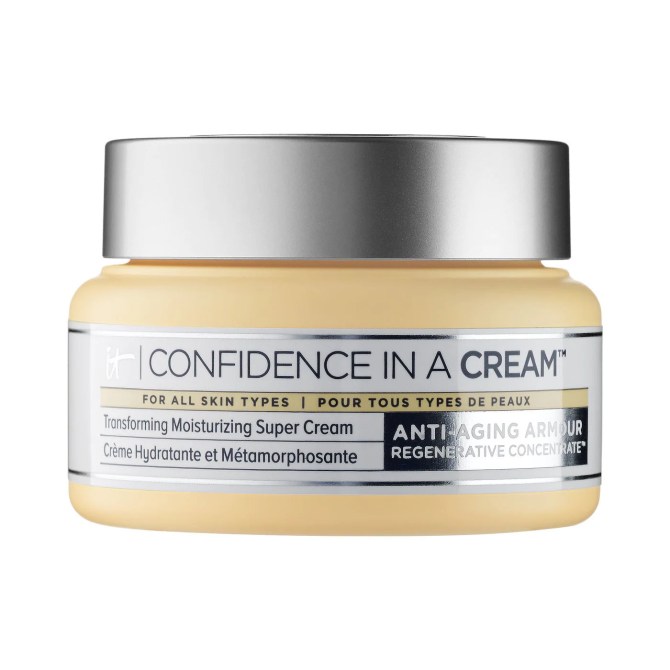