No matter which side you were on, we can all agree that the 2020 US Presidential race was akin to a Black Mirror episode we couldn’t wait to be over but couldn’t tear our eyes away from. Aside from the painstakingly slow results reveal and dramatic plot twists that were as hard to keep up with as Trump’s rotation of White House staff, there was at least one positive takeaway: 2020 will go down in history as having the highest US voter turnout since 1900. What’s more, a – dare we say – unprecedented amount of young people made the most of their right to vote. The ‘Bid-huns’ were out in full force, with 61 per cent of 18-29 year olds voting Democrat.

Social media has given an entire generation the mic to be more politically engaged than ever before. Rather than keeping their views hush, hush, the past four years have inspired voters to speak about their chosen candidate, motivating their peers to do so as well. So, it’s no surprise that where voters have gone, the US economy and, in turn, major brands, has followed.

Beauty brands keen to show their political prowess and access a politically engaged generation began to emerge more than ever before this year. Under no illusion of who they were supporting, Biden Beauty seemingly popped up overnight, specialising in blue ‘Biden Beat’ make-up applicator sponges to ‘blend it like Biden’, which you can put in your matching Biden tote bag, of course. As with all beauty drops that nail the elusive ‘hype’ business model, social media ate it up in spades.

More than just a social media frenzy caused by irreverent messaging, the brand’s goal held deeper significance: to financially support Biden’s presidential campaign, with 100 per cent of the proceeds of their first product launch being donated to the Democratic National Committee. Beauty was taking politics into its own hands.

On the other end of the spectrum was activism-meets-beauty-brand, Lipslut, which created its now ‘F*ck Trump’ liquid lipstick after the 2016 election in a public statement against the then-President-elect. Trump’s threats of defunding support networks for women inspired founder Katie Sones to switch up her college classes for political rallies and create a line of beauty products to raise money for women’s groups around the country. In turn, thoroughly confirming that the lipstick you choose to wear does make a statement.

Others have been more neutral in their strategies by simply pleading with customers to use their right to vote. Gen-Z brand Star Face launched a limited edition design of their feed-pleasing star pimple patches with the simple message: ‘Vote’. Meanwhile Glossier, the beauty brand that basically defined millennial beauty, encouraged fans to register to vote via its website, rewarding them with a selfie-ready ‘I’m Voting’ sticker.

Beauty brands willing to step up, speak out and get involved were praised for their proactivism, which begs the question, is it now more controversial for US brands to mark themselves by their silence instead of their political volume?

Comparatively, when the UK held its 2019 general election, there was only a handful of beauty brands, such as Nails Inc and BYBI Beauty, that were posting on social media about exercising your right to vote. Historically the UK beauty industry had been relatively shy when it came to speaking about politics. Then 2020 happened.

When UK beauty salons were forced to temporarily shut due to Covid-19, it caused a wave of uncertainty, which soon morphed into frustration and, inevitably, into anger. As other industries were allowed to reopen, beauty was left in limbo by a government that seemingly knew, but didn’t seem to care, about the human and economic cost of dismissing such a vital industry.

In 2018, the cosmetics industry contributed more to the UK economy than the motor industry, so it’s understandable that brand founders, salon owners and therapists all over the country felt entirely neglected. This time, social media provided a platform for a different type of activism – one borne out of despair and a need for recognition, rather than hope for the future. ‘Dismay is the feeling. But, you can understand why, when people are out drinking without any PPE on, sitting in close proximity, and you can’t get your eyebrows threaded with both parties wearing PPE and the practitioner being behind the client. It makes no sense at all,’ says Millie Kendall MBE, Chief Executive Officer at the British Beauty Council.

The council was founded to represent all areas of beauty, to bridge the gap between the industry and the government – a relationship which has been strained of late. ‘The fact that the government hasn’t changed SIC (standard industrial classification) codes since 1948, makes them look misogynistic, flippant and lacking in regard to an economically valuable industry that has obviously massively changed since the 1950s,’ says Kendall.

It’s been an undeniably daunting time to be an independent business owner. Founder of award-winning Afro Hair Salon Elite Hair Lounge, Talisha Cox simply felt abandoned by the UK government. ‘We seemed to be held on a back burner, always the last to be updated, even though it was one of the things in most demand,’ says Cox. ‘We were given a grant but this hasn’t been a great help as many jobs have still been lost, and businesses have been forced to permanently close. It’s a hard pill to swallow to think that we’ve had to pause business. It’s a major loss of income for a small business – for any business.’

While Cox admits that there were updates about the guideline changes online, they were hard to keep up with and often resulted a lot of stressful last-minute changes before the salon opened. ‘I would love for us to be supported with the extra cost of PPE as it’s now a necessity for us. It would be great if we could get a similar scheme to “eat out to help out” that was given to restaurants to help them back on their feet,’ Cox continues.

The underlying (but frustratingly obvious) issue was that the beauty industry wasn’t even on the government’s ‘to-do’ list, let alone highlighted as priority. Boris himself said that ‘[he’s] less likely to be queuing for an appointment at a beauty salon’ – a message which yet again reinforced his position as the leader of a government that allowed beauty to lose out at the hands of the patriarchy. Rt Hon Caroline Nokes, MP and Chair of the Women and Equalities Select Committee, believes the gender imbalance of the cabinet did have a role to play. ‘I think many issues were simply overlooked, because they perhaps did not have relevance to the male Ministers sat round the Cabinet table,’ she tells me. ‘I do not think it was deliberate, but it has had a huge impact and the ignorance about the sector and the dismissal of it as if it was a joke will be long remembered’. But, as Cox puts it: ‘Beauty is so much more than just a haircut for women. It’s a feel-good need, a confidence booster and the government won’t and can’t recognise this.’

Although there are few positives to come out of 2020, ending the outdated stigma that beauty has no effect on politics has been an important step to finding a previously stifled political voice as an industry. It’s time to stop dismissing beauty as vain or frivolous, to not only recognise the economic worth of its industry, but its psychological impacts too.

‘Female founders should use their voice. They are some of the most determined and inspirational entrepreneurs I have ever encountered,’ says Nokes. ‘They work phenomenally hard to build businesses, grow them, provide services that contribute so much to female employment and empowerment. It takes a concerted joint voice to get messages across to government, and they should be just as determined to get their arguments across as they have been in setting up their businesses.’

Politics often feels like an elitist and intimidating boys club (and for good reason). But whether you develop your own line of products with a political agenda, or simply write to your MP urging them to support your local salon if a third lockdown was to come into force, there’s never been a better time to speak up and remind the world that there’s power (and politics) in beauty. 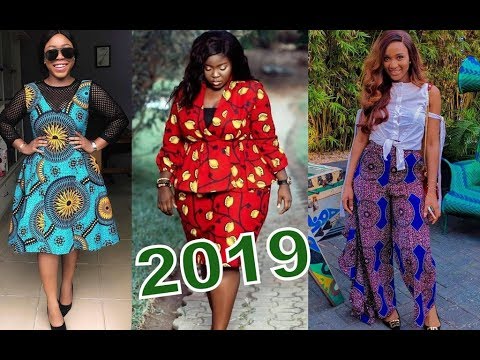