Christie, 32, who struggled with an eating disorder for most of her 20s, wears a size 26, putting her in the plus-size category. There are a number of brands, including home-grown Australian businesses, catering to plus-size, but overall there is more limited choice, and it is less accessible with most clothing sold exclusively online and at higher prices.

“You go to a wedding and all the fat women are wearing the same dress because all we could do was go to City Chic,” she says.

Christie says the United States and Britain have a big plus-size market but in Australia it is small and unaffordable for anyone on a modest budget.

“Over the last few years there have been a lot of plus-size brands or brands that are more size-inclusive open up, but they’re quite expensive,” Christie says. “You’re paying for ethical and sustainably produced fashion but unfortunately paying $100 to $150 for dresses is out of reach of a lot of people’s budgets.”

Despite rising levels of people being overweight or obese driving demand for bigger clothes, the plus-size fashion market is barely growing. A number of plus-size chains closed down or closed some outlets during the pandemic, including City Chic, Autograph, Beme, and Kingsize.

Business analyst IBISWorld estimates the plus-size fashion sector’s revenue is $1.1 billion a year but this has grown only 1.7 per cent a year from 2016 to 2021, while the profit margin has shrunk.

This is a fraction of the clothing retail industry’s $18.9 billion in total sales but retail watcher Trent Rigby, co-director at consultancy Retail Oasis, says the potential is much greater.

“Whilst there’s been a recent push by many labels and brands around sustainability and greater transparency, unfortunately plus-sized inclusivity is still generally overlooked and has much room to grow,” Rigby says. “It’s somewhat bizarre that plus-size is even still regarded as a niche category.”

It is often said that size 16 (equivalent to a 12 in US sizes) is the average size for an Australian woman, and it is mostly true, with two caveats.

First, women’s sizes are not standardised, so the same woman can be different sizes in different brands.

Second, while this is often attributed to the Australian Bureau of Statistics, there’s actually no official source.

The best approximation is to take the ABS figures for average and median height, weight and waist circumference for both men and women, and compare it with a few sample size charts put out by major retailers for their online stores.

The median is the best measure for typical, as it is the midpoint with about half of the population below and half above.

This analysis of ABS figures suggests the typical woman at 18 or in her early 20s is a size 12 in most brands. By the time she hits her late 30s to early 40s, she is likely to be wearing a size 16 – but there will still be equally large numbers on either side.

Based on this, Christie says it is “ridiculous” that most brands only go up to a 14 or 16 and believes the minimum for a mainstream brand should be 22.

“A lot of brands aren’t interested in that – we’re programmed to believe that fat people don’t look good in clothes and they’re not stylish , which is why I think social media is so important because you can see what style looks like in all sizes,” she says.

“A lot of brands because of that internalised fatphobia don’t want fat people in their clothes, which is why they stop at a 14, and even those like Cotton On who did increase their sizing range to have Cotton On Curve won’t put them in [all] stores.”

(Christie has reclaimed the word “fat” as a factual adjective rather than an insult, but understands that not all people with larger bodies feel the same way).

One of Christie’s bugbears is that some mainstream brands will carry a plus-size range where it costs more for the exact same item compared with the main range.

In the straight-size world, a size 12 costs more to make than a size 6 because of extra fabric, but the convention is that it will cost the same in order not to penalise people of different shapes and sizes. Christie says the same principle should apply to plus-size.

“When the price is absorbed across the whole line, nobody really notices that,” Christie says, pointing to Best & Less as an example of a brand doing it well with consistent sizing across its basics range, which goes up to size 26.

Rigby says men seem to get a better deal when it comes to plus-size fashion.

In the US, Old Navy came under fire for charging more for plus-size women’s clothing, but not for larger men’s sizes.

While larger men also face difficulty buying clothes that fit, the problem is heightened for women because sizing is less consistent. The problem also kicks in earlier because designers have to account for curves and different body shapes even in the smaller and mid-size ranges.

Solomon says the problem is not just with brands that don’t carry a 16, but also the inconsistency of sizes means the 16 might not actually fit any real-life size-16 bodies.

“A 16 is not the same in every shop and that makes buying online very hard because you don’t know if it is actually going to fit or not, so If I don’t know the brand, I will always go into a store and try it on.”

Christie says one reason why this happens is because most brands employ a “fit model” – to actually try on the clothes – in a smaller size, and then just add centimetres all over to convert it to bigger sizes.

The brands that do size inclusivity well, Christie says, employ fit models at bigger sizes as well, and may tweak the design to account for changing shapes, but it obviously adds costs.

She rates Best & Less for basics and one of her favourite fashion labels is denim brand 17 Sundays, which runs from size 12 to 26.

17 Sundays founder and apparel designer Claire Primrose said the size-12 offering was a recent addition to act as “a bridge” to make it easier for mainstream stockists to buy into the brand and move into the plus-size space.

The Sun-Herald and The Sunday Age contacted a number of mainstream brands, but most were not keen to talk about sizing issues.

“Fashion is so cutthroat and complex and people just don’t understand how difficult it is to do plus-size,” Primrose says.

“We saw in coronavirus, the brands that fell over and that shows you how close to the bone fashion businesses are and it’s a risk that a lot of businesses just can’t hold. The turn to plus is just so slow, and you’ve basically got to say ‘we’ll add in plus-size but we’re willing to lose at least two seasons’. That’s a lot of money and I completely understand why they don’t do it.”

Primrose says taking clothing designed for smaller bodies and “grading it up” (or making it bigger based on a formula) doesn’t work. What she does is design for a bigger body and then make it smaller.

However, Primrose does not understand why brands would charge more for plus-size – while it uses more materials, she says the yields are also better because you sell more volume.

Primrose believes the mid-size and plus-size market is well catered for, if only consumers can adjust to shopping online. This might mean looking for retailers with generous refund and exchange policies.

“It’s like that Henry Ford quote where he said ‘if I’d asked customers what they wanted, they would have said winged horses’, and often that can be the case in plus-size where people fall back on complaining about all the things that they can’t have,” Primrose says.

“But if you actually really go through it, there’s just so many things you can have, and I feel like there’s choices for everyone in everyone’s taste in the Australian market.”

Can you wear boots in spring? Top style questions people are searching online

Tue Apr 5 , 2022
April 1, 2022 Related Posts:3 Tips For Buying Clothes For Your Elderly Loved One The change of seasons seems to have some people questioning their fashion choices, based on a recent roundup of Google Trends search data. Carina KÃ¶nig / EyeEm/Getty Images/EyeEm With spring in full swing, people are mixing […] 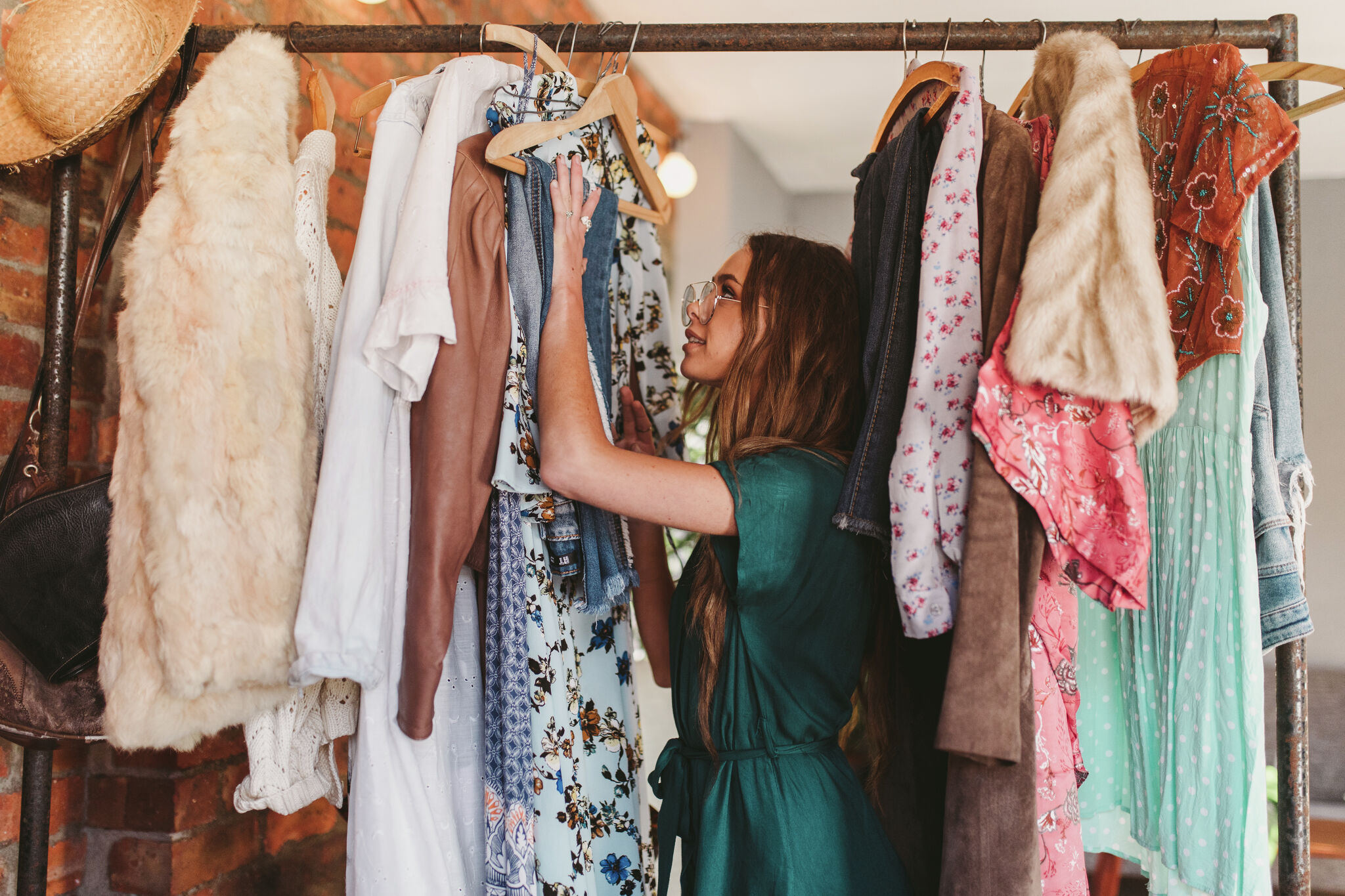