Flewellen’s Beauty Salon in Oak Cliff is a sanctuary of sorts. It goes far beyond the hair.

It’s a unique place for men and women– one that serves dual purposes for the Black community.

Oftentimes you leave with a new look, but almost always with a renewed spirit.

Flewellen’s, a historic salon in Oak Cliff, is just one of the many shops where both things happen simultaneously.

The salon experience is especially important for the Black community because for years, it was one of the only places outside of the church that Black people could find fellowship.

Sometimes you just need someone to share some of your deepest thoughts.

“The thing about Flewellen’s, no one ever leaves, you’re a client forever,” said Cheryl Jenkins, a longtime client of the salon.

For Jenkins, the salon is about much more than hair. It’s community, therapy and laughter.

It’s a sanctuary of sorts, but not in the way you might think. It’s a place with a spiritual shepherd without a pastor or a reverend leading Sunday service, but still someone women and men have confided in for decades.

It’s what some might consider an unconventional therapy session.

“We do have a very intimate relationship, in fact she is family, this is my family right here,” Kaye Flewellen said of Jenkins.

For 50 years, sitting in these chairs at Flewellen’s Beauty Salon has been therapeutic for Jenkins, a feeling that resonates with many women when they sit in the chair.

“It was all very personal with her, she cared about each person that sat in her chair,” Jenkins said of the original owner, Mary Flewellen, Kaye’s late mother.

While the salon culture has changed over the years, the friendship and fellowship at Flewellen’s and salons alike has remained the same.

“When she tells you to have a seat, she touched your shoulder, you felt that,” Cherly said. “The Black woman has always done the work for the family, but when it comes to Saturday, that’s her day: ‘I want my hair fixed, I want to look good.’”

That was only part of the reason why for years women waited hours to get inside this salon.

“The cars would be around the corner, but you didn’t care,” Jenkins said, reminiscing on some of her earlier years visiting the salon. “She [the stylist] had a way of making you feel, ‘It’s alright, but I’ll get with you.'”

Mary Flewellen was the brainchild behind the business before Kaye took up her mantel when she got sick.

“I think what most people don’t know is that my mom is from Winnsboro, Louisiana and in Winnsboro, she picked cotton,” Kaye added. “She became kind of a boss in the cotton field.”

Years later, that “boss” mentality would be necessary when she moved to Texas.

“Two months after she purchased the salon, my father passed,” Kaye said.

As a recently widowed mother of five, Mary started her salon in 1970 after graduating from the Madam C.J. Walker Beauty College in Dallas.

And if you know anything about Madam C.J. Walker’s story– one of the first black woman millionaires in America– you’d understand why starting this salon went beyond the knowledge Mary obtained in beauty school.

“Her mantra became: building community builds business,” Kaye shared of her mother’s thoughts on what it means to run a good business.

Mary not only knew the importance of the Black salon, but understood that her mission here was about more than hair. She instilled those same values in Kaye,  who from a very young age watched her mother’s business evolve.

“Not just Flewellen’s: if it’s a good stylist, your relationship transcends a business relationship, and in fact you are family now,” she explained.

The tools used, the shampoo bowls, the hair dryers, and even the welcomed conversation, serve as a reminder that history, Black history, American history, lives here.

“I miss Ms.Fewellen, she always had kind words to say and she always said something that when you left here, you had something to think about, and something she said would help you,” Jenkins shared.

The salon chair is more than a seat, the mirror more than a reflection and the hairstyle more than just the hair — for so many, the salon is community, therapy and laughter. 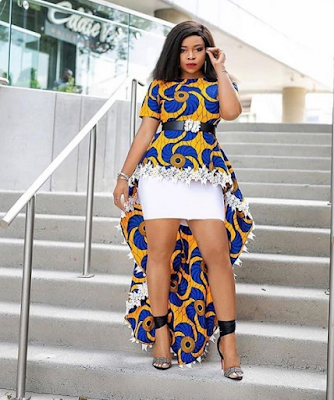