Following the arrival of the v20.10 update, Fortnite data miners have uncovered some new skins and cosmetic items that might be arriving in Chapter 3, Season 2.

Fortnite Chapter 3, Season 2 received its first update in the v20.10 patch, and this brought a ton of changes to the game, including the return of Jetpacks and the unvaulted Heavy Sniper Rifle.

That’s not all though, as a variety of different cosmetic items have been discovered by leakers and data miners following the arrival of this update patch, including Super Styles for Battle Pass skins.

Epic Games often add brand-new skin Super Styles to the Fortnite Battle Pass, and these are incredibly difficult to unlock. They often require you to progress the different tiers and reach a high level before you can acquire them.

After going through the Fortnite game files, notable data miner ‘Shiina’ claims to have uncovered brand-new Super Styles for characters like Doctor Strange following the arrival of the v20.10 update patch.

Shiina along with fellow Fortnite data miner ‘iFireMonkey’ also shared a few images of other cosmetics that might be added to the battle royale title soon, including a brand new Sorina outfit.

There also appears to be an Easter bunny skin, which players might be able to purchase from the Item shop when Easter day arrives on April 17. Epic Games could also decide to add it to the game early.

Leaker iFireMonkey also shared a first look at the new Icon Series skin in Fortnite Chapter 3, Season 2. It seems that popular streamer and content creator ‘Chica’ may be arriving in the Battle Royale soon.

According to the leak, 3 different versions of the new Icon Series skin will be available for players to unlock. However, this information hasn’t been verified by Epic Games yet, so take it with a grain of salt.

Prominent Fortnite data miner ‘HYPEX’ also revealed some brand-new cosmetic items that players might be able to unlock soon, including the “Dream Lantern” and “Nightforged Blades” back blings.

The leak also showcases some new emotes, sprays, and loading screens. At the time of writing, it’s unclear when exactly these items are set to arrive in the game, but we’ll be sure to update you as soon as more information is available.

Just keep in mind that since these leaks, it’s entirely possible that you might not see these items added to the game. Hopefully, the developers will confirm their arrival in an official announcement.

For more Fortnite content, check out how to play Fortnite Jumpman Zone in Fortnite, as well as all the exotic weapon locations for Chapter 3 Season 2.

Sat Apr 9 , 2022
British reality star Georgia Toffolo partnered with Shein in 2020 to launch a collection of clothes.Antony Jones/Getty Images for SHEIN Chinese retailer Shein was valued at $100 billion in a recent funding round, the WSJ reported. That makes the online fast fashion company worth more than H&M and Zara combined. […] 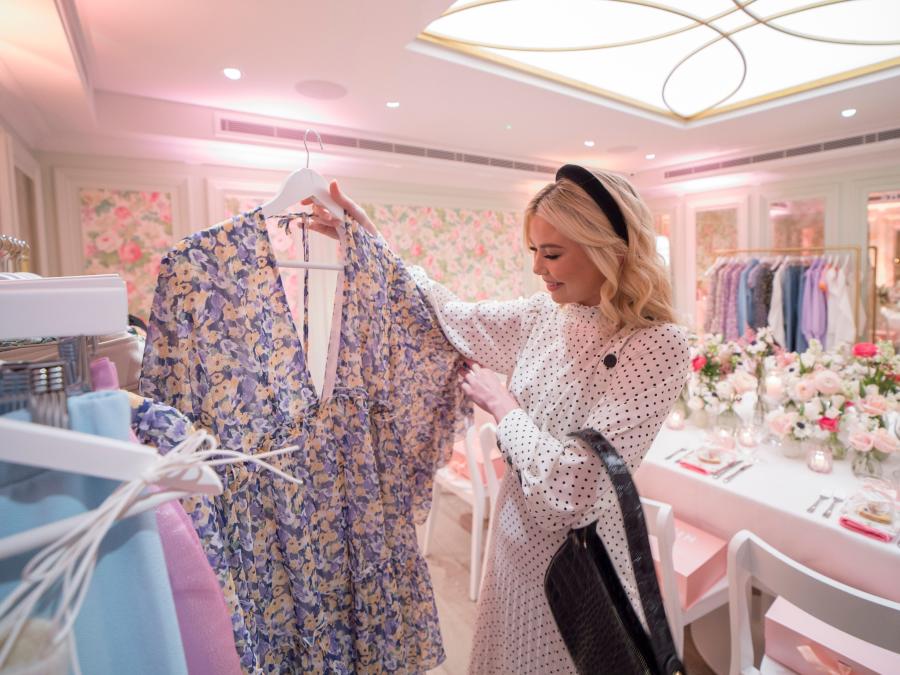