For more than half a century, ever since she struck out in California as a divorced mother with an untrained but keen eye for fashion, Ms. McClintock was one of the most popular designers of affordable formal wear for young women.

If a red carpet blazed the way to an average high school dance, and celebrity reporters craned over the velvet rope to pepper arrivals with that time-honored query — “Who are you wearing?” — the name “Jessica McClintock” would surely become a familiar reply.

For brides who did not wish to bankrupt themselves or burden their bridesmaids with the purchase of dresses in the four-digit price range, Ms. McClintock became a go-to label for attractive options. Perhaps the most famous bride to don a Jessica McClintock frock was Hillary Rodham when she married a Yale Law School classmate, Bill Clinton, in 1975. The dress was long-sleeved and lacy, with a ribbon in front — purchased, according to Brides magazine, for $53 at the Fayetteville, Ark., mall.

“Poufy-sleeved, pastel, and pretty dresses were purchased for sweet sixteens, quinceañeras and other [once-in-a-lifetime] occasions,” read an obituary for Ms. McClintock published in Women’s Wear Daily, which in 1997 ranked her seventh on its list of most recognized labels. “That emotional connection helped to make the brand a favorite throughout the country, especially among middle America.”

Ms. McClintock’s aesthetic changed over the years, from the flowing calico prairie dresses of the 1970s to the taffeta minis favored by later generations. She was perhaps best known for a lacy look that evoked all manner of historical associations.

A reporter for the Wall Street Journal described her party dresses as “steeped in the imagery of Victorian romance and virginal sex.” People magazine in 1984 described one of her lines as “Gatsbyesque.” A paid death notice published in the San Francisco Chronicle depicted an early collection as aspiring to an “Edwardian and Renaissance look.”

“I have a romantic feeling about life,” Ms. McClintock, who boasted that she used more lace than any other designer in America, once told an interviewer. “I like Merchant-Ivory movies and candlelight and beautiful rooms. I like the patina of age.”

Her San Francisco-based company expanded over the years to include boutiques across the country and products including handbags, jewelry, eyeglasses, fragrances, bedding and furniture. By the 1990s, her annual sales reportedly surpassed $140 million. She was not selling merchandise, she told People magazine, but rather “romance and fantasy.”

“I imagine myself lying here reading Emily Brontë,” she told the reporter, reclining on a chaise. “I live in a dream world.”

Jesse Earl Gagnon — she never used her given name — was born on June 19, 1930, near the Canadian border in Frenchville, Maine, and grew up in nearby Presque Isle. Her father, a shoe salesman, and her mother, a beautician, divorced when she was 2. She cited her mother, who supported her children by playing the piano in silent movie theaters, working in a hotel and running a beauty salon, as a chief role model as an independent woman.

Ms. McClintock learned to sew from her maternal grandmother but had no formal training in fashion design. She dropped out of Boston University to marry her first husband, Alston Frank “Al” Staples, with whom she had a son, Scott. They settled in California, where Ms. McClintock became an elementary school teacher after receiving a bachelor’s degree in education from San Jose State University in 1963.

Around that time, her husband was killed in a car accident. Ms. McClintock entered the fashion industry in 1969 or 1970, when, referred by a friend, she made a $5,000 investment in a San Francisco dress store called Gunne Sax. She soon bought out her co-investors to become sole owner of the company, which became popular among the hippie set.

“Hippies didn’t talk about the clothes they wore; they were beyond that,” she told the San Francisco Chronicle in 2011. “That’s why Gunne Sax was so important in those days. It was a stamp for them. They used to wear them in the parks, getting married, the long calico dresses, barefoot and all.”

According to an obituary published in the Chronicle, Ms. McClintock opened her first eponymous store in San Francisco in 1981.

In the 1990s, she found herself at the center of a controversy centering on the unpaid wages owed to 12 Chinese garment workers employees by a Jessica McClintock contractor that went bankrupt.

Although Ms. McClintock’s company was not legally liable for the wages, activists organized demonstrations outside her boutiques as well as a boycott of her brand, charging that she was morally obligated to pay the dressmakers for their work. Her critics took out an advertisement in the New York Times, enumerating their charges under the heading “Let Them Eat Lace.”

In 1993, Ms. McClintock agreed to make a charitable donation to the Northern California Chinese Garment Contractors Association, to be distributed to the unpaid workers. In 1996, she reached an agreement with the Asian Immigrant Women Advocates, promising to work with the group to promote fair labor practices, that ended the boycott.

Her second marriage, to Fred McClintock, ended in divorce. Besides her half sister and her son, Scott McClintock of Las Vegas, survivors include two half-brothers.

“Every woman wants to be romantic at some point,” Ms. McClintock told the Cleveland Plain Dealer in 1990, reflecting on the appeal of her fashion line. “The hard edges will always be there because, let’s face it, women are living in a world where they have to keep up with men. So I design for memories, for dreams, the softness of life.”

Wed Mar 17 , 2021
Providing all women and men worldwide the best of cosmetics, haircare and perfume in terms of high quality, efficacy and safety. Even for the casual dresser, who hardly thinks about clothes, What to put on to the workplace, particularly conferences and functions?” is a major dilemma. Formal workplace put on […] 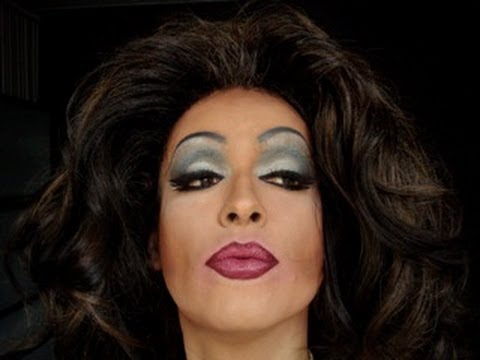