Dorothy Mae Alice Bradley Nelson, 95, of Philadelphia, a longtime beauty-salon owner and mentor to younger cosmetologists, died Friday, Feb. 4, at Little Flower Manor nursing home in Darby. The cause of her death has not been disclosed.

Mrs. Nelson owned and operated the Americana Beauty Salon on Stenton Avenue in West Oak Lane for more than 20 years. She told her cousin John Nelson that a key to her long success was recruiting and training the next generation of beauticians.

“She taught girls right out of high school how to be professional,” Nelson said. “She was like a drill sergeant, making them keep their stands clean and showing them how to act. But they learned, and several stayed in touch with her.”

Born Mae Alice Bradley on Nov. 1, 1926, in Evansville, Ind., Mrs. Nelson and her mother, Overa Lee Priestly, moved to Bowling Green, Ky., after Mrs. Nelson finished high school. Always friendly and helpful, she worked as a greeter at a USO center in the 1940s, and it was there she met Airman Milton Nelson Jr.

After a courtship and his discharge from the Air Force, the couple moved to Milton Nelson’s hometown of Philadelphia and were married in 1951. It was then that Mrs. Nelson added “Dorothy” to her first name to sound more cosmopolitan.

At first, Mrs. Nelson wired motherboards for radios and TVs at RCA Victor in Camden while her husband worked in a government job. But carpal tunnel syndrome affected her hands, and she left after a few years to strike out on her own as a beautician.

“She was very personable, very capable,” said her cousin. “Everyone she knew loved her, and she was highly respected.”

Healthy even as she grew older, Mrs. Nelson set up a one-chair beauty salon in her home after she retired and continued to welcome customers.

Even though she never had children, people saw her as a matriarch, and the nurses who cared for her later in life talked often of her warmth and friendly smile. After her husband died in 2010, she spent hours talking with her cousin’s mother-in-law when they all lived together in Yeadon.

Although Mrs. Nelson’s busy schedule at the salon made it difficult for her to prepare many homemade meals, she loved to collect recipes. She bought books on cooking and hand-copied the instructions for dozens of gourmet meals, filing them away in boxes.

But she rarely cooked, and her cousin said she and her husband must have made friends and enjoyed meals at every diner on every street between Mount Airy and West Philadelphia.

“She took us out to diners I had never heard of,” her cousin said. “She would joke that she cooked hair, not food.”

In addition to her cousin, Mrs. Nelson is survived by other relatives.

Services are to be private.

Sun Feb 13 , 2022
Providing all men and women worldwide the very best of cosmetics, haircare and perfume in terms of quality, efficacy and security. Continued Use of the Providers. You may cease using the Companies at any time, however your continued use of or subscription to a Service after the effective date of […] 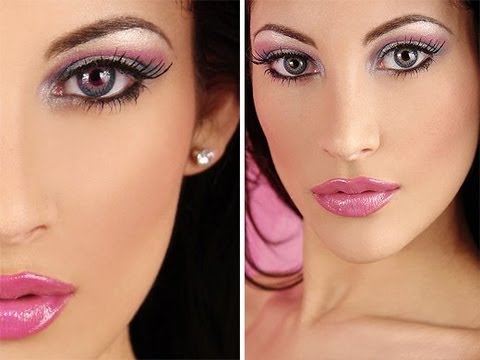