Since 2014, Threads Styling has built a $60 million business selling luxury goods on social media to the very young and very wealthy, luring them with buzzy outfit pics on platforms like Instagram, TikTok and WeChat and making sales via direct message.

Now, Threads is looking to scale its one-to-one model, as well as rolling out initiatives that target a broader audience: live shopping events and a more traditional e-commerce website.

The London-based company has raised $12 million of venture capital from pre-existing investors, it announced Tuesday, in addition to launching a crowdfunding campaign aimed at its clients.

Threads began as a personal shopping service in 2010 before relaunching as a social and chat-commerce marketplace in 2014. The company leverages in-house stylists and a network of personal shoppers to post content to its social media channels daily, serving up clients with hot and hard-to-find products.

Threads’ shoppers will drop thousands in a single hit, often inspired by the company’s “outfit of the day” social media posts, that style customised vintage Rolexes with sequin Fendi baguettes or tie-dye Chanel sandals. Threads does not hold its own inventory; instead, more than 600 brands and retailers, including names like Prada and Loewe, work with the company, paying a commission to get their top-end items in the hands of an audience comprised mainly of Gen-Z and millennials.

It was a model that was well-positioned for a global pandemic, which saw online sales of luxury goods soar. But Threads remains tiny when compared to sector leaders like Net-a-Porter and Farfetch: revenue was £45.9 million in 2021, according to the company. (Threads is not yet profitable, although founder and chief executive Sophie Hill noted it has “a very clear model of how we get there.”)

Threads Styling soft-launched its e-commerce site in February with a focus on fine jewellery, selling diamond chokers and sapphire tennis bracelets from brands like Ananya and Anita Ko. The new funding will be used to add more categories, initially via online “pop-ups”, as well as to launch a second, invitation-only site for the company’s most loyal VIP customers. Those clients will get priority access to exclusive products, new arrivals and particularly rare items.

The websites will continue to operate under Threads’ inventory-free model, with orders either drop-shipped directly from partner brands or routed through Threads’ warehouses in London and New York, where products from multiple sources can be consolidated into a single shipment.

The company’s expansion into web-commerce marks something of a pivot for the e-tailer, which initially positioned itself firmly at the intersection of e-commerce and social networking, differentiating it from traditional players in the market and attracting sought-after brands who were looking into the fast-growing social commerce space. Web commerce won’t be easy to crack either: that landscape is fiercely competitive and crowded. For a number of players, scaling profitably has been a challenge amid widespread discounting, while many key brands have pulled back from multi-brand spaces in favour of their own websites. Threads will need to differentiate its offer from the myriad sites selling similar items just a click away (and possibly at a cheaper price).

For Hill, the move provide customers with more opportunities for browsing and discovery of products, she said, adding that the Threads’ editorial point of view will continue to play a key role. “Two critical things for any consumer when it comes to retail, and in this case luxury retail, it’s curation and convenience,” she said. “For us, it’s not going to be volume of brands, it’s going to be curation of brands. It’s going to be led by styling and the … content.”

Investors expect the websites will support growth by providing an alternative way for Threads’ partner brands and audience to connect.

“From the customer’s perspective, there’ll be some times when they want to have the chat interaction, because they have something specific in mind … and other times, they just want to sit back on their couch and flip through a nice website and find products,“ said Tony Zappalà, partner at Highland Europe, who first invested in the company in 2018 and led the new funding round alongside C Ventures, BVYP and TriplePoint Capital.

“It’s really a feature of the company going up … That’s what you can do once you have the scale of those [brand] relationships,” he said.

Despite the highly crowded and competitive landscape, there is an opportunity for niche retailers with a captive audience and clear point-of-view to thrive, said retail consultant Robert Burke. But Threads will have to balance scaling its business with continuing to provide a specialised experience and rare products.

“Bigger is not always better to the consumer today. That is especially so online, because the customer does not want to wade through thousands of products, they want to go somewhere that represents their taste level and what really interests them,” he said, adding, “the reality is that the customer is really looking for a specialised experience, and Threads offered this.”

For Threads, chat-based personal shopping services will remain the core of the business, Hill said. In the first month since launching web commerce, about half of sales for items on the website were still completed through Threads’ personal shoppers, as customers screen-shotted items and sent them for discussion.

“I think that shows how connected the ecosystem is,” Hill said. “It really is about offering choice to the customer of how they want to make that purchase.”

As a queer person, quitting fast fashion is complicated

Tue Mar 29 , 2022
Last June, I threw a Selena Quintanilla themed party for my queer friends. People still tell me how vividly they remember the outfit I wore that night: I was pink from head (literally — I dyed my hair pink) to toe. What I was always too embarrassed to tell them, […] 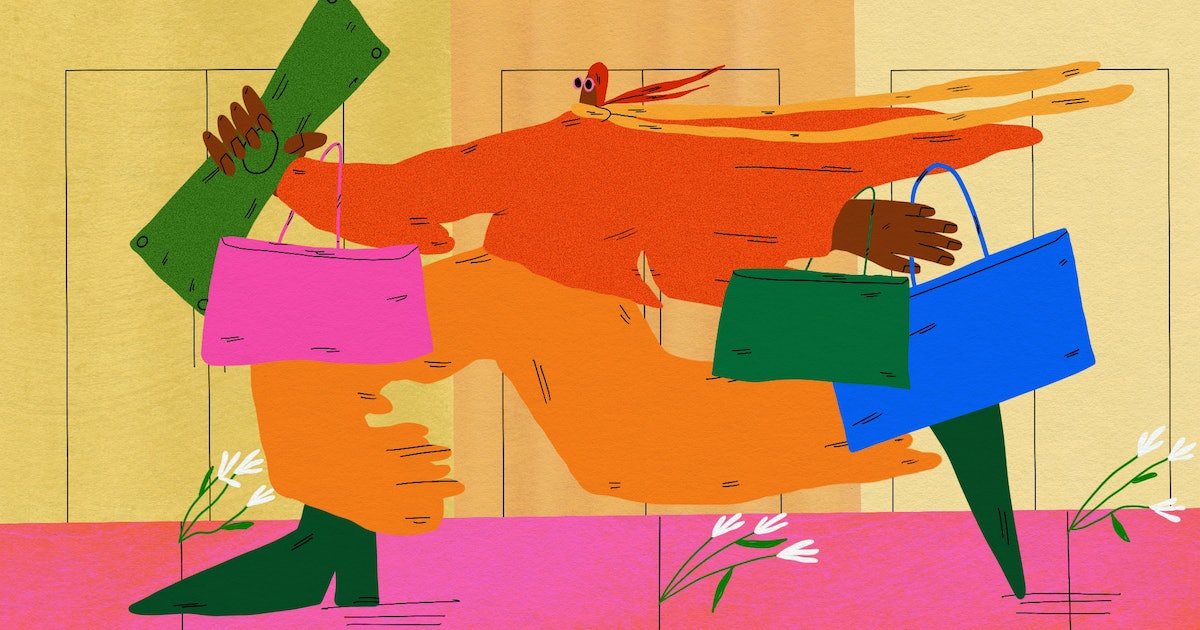