Kerry Watterson, esthetician at At Last Salon and Day Spa in Brunswick. Contributed

Kerry Watterson is a licensed skincare specialist in charge of the areola restorative tattoo at At Last Salon and Day Spa. Her permanent make-up technique restores a sense of depth and detail to the reconstructed breast without the need for tissue to rebuild the nipple in women who have undergone mastectomies.

Jen Bortolo of Boston was Watterson’s first client for areola restoration in January. She decided to get the tattoo after she underwent a bilateral mastectomy — surgery that removes both breasts.

“I was diagnosed with stage three breast cancer one month before my 40th birthday. I had many rounds of chemotherapy prior to and after a bilateral mastectomy which was followed by radiation,” Bartolo said. “My nipples had to be removed during the surgery. Physically and emotionally, it was all an extremely difficult process for me to go through.”

The tattoo is described as a “picture” of a nipple and areola on the breast that is flat to the touch but appears three-dimensional. These are real tattoos that are applied by tattoo artists who apply pigment into the skin.

Nipple tattoo artists need to be trained and inspected for this specialized field. Locally, in Maine, a license is required to perform any cosmetic tattooing. This involves evidence of training under a licensed practitioner or academy, a high school diploma, blood borne pathogen training and an inspection from the county’s health inspector.

“I waited until I was comfortable before I decided to get my areola tattoo. This tattoo makes my body look and feel whole again,” Bartolo said.

According to the American Cancer Society, there have been 1,420 cases of breast cancer in women so far in Maine this year. This is an increase from the 1,173 cases that were reported from the Maine CDC cancer registry in 2015.

Data from Brigham and Women’s Hospital show that more than 100,000 U.S. women undergo mastectomy each year. It is typically performed to treat breast cancer but, in some cases, it is done to prevent it.

“I have personally never had anyone close to me go through breast cancer. I was really interested in getting into permanent make-up because I heard about the 3D areola restoration and that is kind of where I wanted my journey to go,” Watterson said. “I do enjoy doing permanent make-up for eyebrows and eyeliners, but I wanted to be able to give back to somebody who has gone through trauma because of cancer. I saw it as a way to give back to that community and to be able to do that for another woman is amazing.”

Watterson added: “The women who I spoke to want it because they want their identity back. They want to regain that femininity feeling. It lifts their spirits and have them feel more at ease with themselves. I know that their confidence goes through the roof.”

Watterson said that areola restoration sparked her interest in permanent make-up. She saw this cosmetic technique as a way to help survivors of breast cancer.

“Cosmetic tattoos and 3D areola tattoos are semi-permanent. We do not go as deep into the skin like traditional tattoos,” Watterson said. “Depending on environmental factors and how people take care of their skin, they may choose to get a touch-up after a while. Areola tattoo simply lasts longer because the skin is not exposed to the sun compared to other areas of the body.”

She added: “There are different choices of designs. Obviously, there are also different ranges of colors. You can have it very simple or have it a bit more detailed with Montgomery bumps or different kinds of highlights to the area to make it look realistic.”

Please check your email to confirm and complete your registration.

Use the form below to reset your password. When you’ve submitted your account email, we will send an email with a reset code. 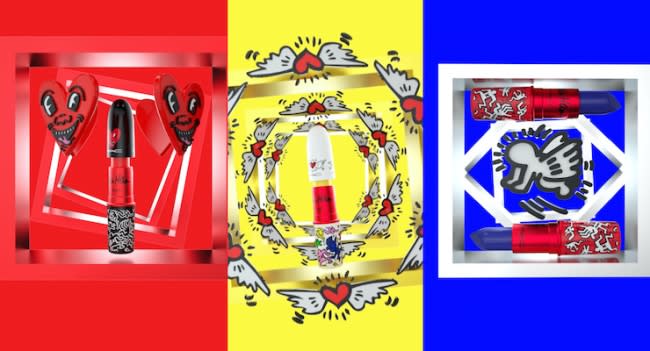