Timothy J. Wall had mental health struggles before he walked into a Florida Publix on Thursday and shot a grandmother, her nearly 2-year-old grandson and then himself. The Palm Beach County Sheriff’s Office said Friday it is still investigating what specifically led to the shooting.

Maj. Talal Masri on Friday said the gunman first shot the child at the Royal Palm Beach grocery store and that the 69-year-old woman then “instinctively jumps in and is trying to stop him.” A struggle followed, Masri said.

The office tweeted a timeline of the shooting saying, “because of her brave actions, (Wall’s) gun jams. After some struggling, he then ends up shooting the grandmother and then himself.”

Sheriff’s officials said they are prevented by law from releasing the names of the victims.

The randomness of the shooting at a popular supermarket chain, coupled with the uncertainty about the motive, thrust the crime into the national spotlight this week. On Friday, authorities and the public searched for answers as to why the tragedy happened.

Authorities and Wall’s family on Friday described him as a financially troubled individual who struggled with mental health disorders.

“He had mental issues. He wasn’t taking care of himself,” said Maia Knight, the sister of Wall’s ex-wife, Monica Sandra Wall.

She said Timothy Wall wasn’t getting the help he needed for his mental illness, which she said was schizophrenia.

The Sheriff’s office said in a tweeted statement that there were warning signs leading up to the shooting: “The suspect was on Facebook saying he wanted to kill people and children.”

Wall married Monica Sandra Wall in 2003. The couple divorced in July 2017. They have a 14-year-old daughter.

A Palm Beach County circuit judge had allowed Timothy Wall to live in his marital home for a few months, but in May 2019, Monica Sandra Wall evicted her ex-husband from her Royal Palm Beach residence, court records show.

Royal Palm Beach is a middle-class suburb of 40,000 residents, about 12 miles from downtown West Palm Beach and 15 miles inland from Palm Beach.

Wall worked as a carpenter for a temp agency, had been legally evicted from his ex-wife’s home and had filed for bankruptcy, records show. He appeared to be living at motels before the shooting, records show.

Sarah Brown, a hairstylist at Festive Cuts Beauty Salon in the Publix plaza, said customers and Publix employees took refuge at the business after the shooting.

“It was a normal day. I just had a consultation with my client, went to the back room to mix her color,” she said in a Facebook post. “Then all of a sudden like a barrel of monkeys about 15 people – two even with carts ran into our small salon screaming ‘Active Shooter! Everyone get in lock the doors get away from the windows!!!'”

She had the salon’s receptionist held the door open as people rushed in, many panicked and hysterical.

“Unfortunately a couple people saw it happen and I can’t even imagine how horrific that was to witness,” she said.

In a video message released Friday, Royal Palm Beach Mayor Fred Pinto issued a statement regarding the Publix shooting: “What happened was too tragic, too familiar. Our hearts ache with the family. We share their pain, we share their anger.”

Sun Jun 13 , 2021
Offering all women and men worldwide the best of cosmetics, haircare and perfume when it comes to quality, efficacy and safety. JURY TRIAL WAIVER FOR U.S. USERS. IF FOR ANY PURPOSE A DISPUTE PROCEEDS IN COURT DOCKET SOMEWHAT THAN VIA ARBITRATION, YOU AND WE AGREE THAT THERE WON’T BE A JURY […] 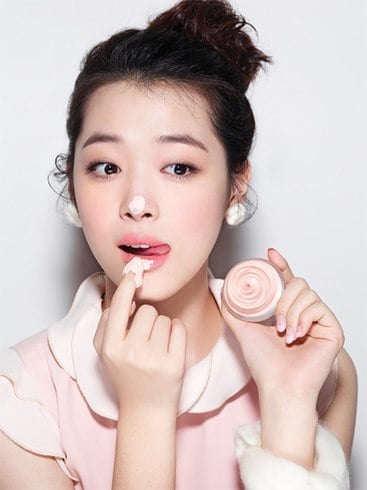