KANSAS CITY, Mo. — For generations, Black people have been forced to change their natural hair or risk losing out on a job or getting sent home from school.

Lawmakers in Kansas and Missouri continue to push for versions of the CROWN Act to pass in both states.

The act helps create legislation prohibiting discrimination based on hairstyle or texture.

Kansas City and St. Louis have enacted the CROWN Act, but some stylists say work still needs to be done… especially in pushing for more diverse salons.

For the past 60 years, House of Heavilin Beauty School has embraced and welcomed texture.

“I want people to be who they are, we express ourselves through our hair and I think everyone should be able to wear their hair exactly how they like,” instructor Danielle Womack said.

“When I was younger we were conditioned to go to my mother, would take our hair and straighten it,” recalled Sandra Petty, a regular at House of Heavilin. “You know better and you do better now.”

However, Petty acknowledges barriers continue to be deeply weaved within the beauty industry and so she tends to go to salons that are Black-owned.

“As a Black woman, I haven’t experienced going to a salon that’s not owned by African Americans because that’s the only salon I’ve been into,” she explained.

Jojo Jolin is a current cosmetology student at House of Heavilin and said some of her clients often express their frustrations with the lack of knowledge other salons have in working with Black natural hair.

“I had a lady who came in and said she recently moved here and was calling salons all around,” Jolin said. “She couldn’t find anywhere that did what she wanted to do she had a soft curl on her hair and not every salon offers that.”

Jolin explained the root of the problem centers on the lack of diversity seen within the beauty industry.

“You can look around and see in this room even our mannequins are white,” Jolin pointed out. “Why is it not necessary to be able to show you can work on all hair textures to be certified by the state? I think it should be mandatory to be able to work on everyone.”

Shirley’s Kitchen Cabinet is a nonprofit focused on amplifying Black voices through education and advocacy. The organization says lack of versatility among beauty salons fuels hair discrimination and sheds light on other challenges.

“Some people will argue, ‘more Black salon owners should come into this area,’ like it’s their fault they’re not coming here to do their people’s hair, but you have to consider the barriers and obstacles that even our Black salon owners have to go through too,” said Sandra Thornhill with Shirley’s Kitchen.

Their team found Black-owned employer businesses are three times more likely than White-owned employer firms to report that lack of access to capital had a negative impact on their profitability.

“There’s a lot of financial burdens that are historically connected with like the lack of investment into Black entrepreneurs,” Thornhill said.

Thornhill explained the push to ban hair discrimination is critical given the lack of diversity among some beauty salons in Kansas City.

“This isn’t just about Black hair,” Thornhill said. “There are textures of hair that are represented in many different cultures, and those cultures are also being excluded from these spaces when they show up to get their hair done.”

Under current Kansas and Missouri state laws, this form of discrimination is legal, according to Thornhill, which is why Shirley’s Kitchen and Cabinet is a strong supporter of the CROWN Act.

The CROWN Act, which stands for “Creating a Respectful and Open World for Natural Hair,” is a law that prohibits race-based hair discrimination, which is the “denial of employment and educational opportunities because of hair texture or protective hairstyles including braids, locs, twists or bantu knots.”

The legislation has previously failed to pass in both Kansas and Missouri.

“If you are taught right in the right education you will know it’s not about the color of your skin it’s about the texture of the hair in the proper way is to take care of the client with the texture of hair,” Womack said.

For Petty, hair discrimination can no longer be combed over.

“It’s crazy to judge someone the way they wear their hair. It’s 2022 and you’re still judging people in the color of your skin? We all bleed the same red blood, and for people trying to go through all this, trying to prove themselves,” Petty said.

The Greatest Makeup For Girls Over 50 Years Outdated

Sun Feb 20 , 2022
Providing all women and men worldwide the most effective of cosmetics, haircare and perfume when it comes to high quality, efficacy and security. Utilizing a great foundation commonly cannot solely aid you cowl up and conceal imperfections, but actively help combat off signs of ageing as properly. It’s a win-win. […] 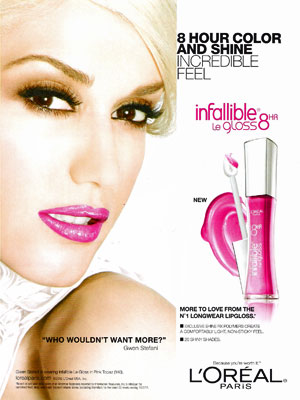