Skip to content
Atlene McLemore was born August 31, 1938 in McGehee, Arkansas to Kenneth Brown and Rivers Cason. She accepted Christ into her life at the age of 11 and was baptized at McGehee Missionary Baptist Church.

In 1955 Atlene married Bobby McDaniel. Shortly thereafter, they decided to leave Arkansas in search of better job opportunities in Flint, Michigan. After two years of working in the automobile industry, the couple relocated to Las Vegas, Nevada in 1957.

Atlene’s Las Vegas employment history began at Southern Memorial Hospital in Housekeeping. She also worked as a Coffee Girl at the Tropicana Hotel and Casino. After awhile, she decided she wanted to become a beautician and enrolled in cosmetology school in 1960. Upon graduation, Atlene went to work at Ellen’s Beauty Salon, which eventually became Gladys’ Beauty Salon.

She also became a member of Second Baptist Church under the leadership of Rev. V.C.L. Coleman in 1960. It was there that she developed a desire to have a closer walk and talk with our Lord and Savior, Jesus Christ.

Atlene married James McLemore in 1962. During this time, she continued to grow stronger in her Christian walk. Mother, Mary Burton took her under her wing and she became a Missionary at Second Baptist Church. Shortly thereafter, Rev. A. J. Thompson of Victory Baptist Church offered classes in Evangelism. Atlene enthusiastically enrolled. She sought to be an example to her husband and her hope was that he would see the “Christ in her” and begin coming to church on a consistent basis.

Over time, James wanted the family to become members of Powerhouse COGIC under the leadership of Supt. (Elder) John Logan in the early 70’s. As a member of Powerhouse COGIC, Atlene became very active as a Prayer Warrior, Sunday School Teacher, Missionary, Evangelist and Church Mother. Shortly after joining Powerhouse COGIC, James took his love for Barbequing on the weekends to the next level. He stepped out on faith and opened a barbecue restaurant on Jackson Street named, “Uncle Ben’s Barbecue”, located just one block away from Gladys’ Beauty Salon.

Atlene worked at both Gladys’ and Uncle Ben’s simultaneously. After spending her day at the salon, Atlene prepared her special desserts and soul food dishes in the evenings. James and Atlene eventually grew their business to the point that it became one of the favorite dining spot of West Las Vegans and many celebrities who called Las Vegas home.

Atlene later retired from being a beautician and they moved their business from Jackson Street to H Street. They later opened a second location in North Las Vegas, which was managed by Atlene and her son, Anthony. At the Bonanza location, Atlene and Anthony implemented a feed the homeless project on Christmas Day.

This project, became a complete family affair, with the assistance of the entire family, community members and employees who volunteered. They were the first Black owned business in Las Vegas to take on this responsibility. In addition to a great meal, families were gifted with toys and blankets. This became a family tradition that would continue for years.

Atlene eventually decided to open Uncle Ben’s on Sunday mornings to teach Sunday school to the children who lived in the neighborhood. She thought it important to encourage children who were living in challenging circumstances and provide them a spiritual foundation. Atlene shared the goodness of the Lord whenever and wherever she felt lead to do so.

James passed away in the summer of 1996. Atlene kept the business going until her health began to fail her. She closed Uncle Ben’s at the end of 1999.

Atlene became a foster parent in the early part of the 1990’s. She felt she had enough love, commitment and faith to offer a child a good home. She also became a Chaplain at Kindred Hospital from 2000 until 2003. As Atlene’s health continued to decline, she began spending more time at home.

In an effort to increase her social interactions, Atlene reluctantly agreed to visit the Martin Luther King, Jr. Senior Center at the urging of her daughter, Barbara. Atlene quickly rekindled old friendships. She came to look forward to the various events held at the MLK center.

Atlene later moved in with her daughter, Barbara and Granddaughter, Erika in Henderson, Nevada. There were three generations under the same roof. Atlene’s final days were spent in the loving care of Barbara and Erika. On Tuesday, September 14, 2021, Atlene got her wings.

Sun Oct 3 , 2021
Providing all ladies and men worldwide the perfect of cosmetics, haircare and perfume in terms of quality, efficacy and safety. This desire for attractiveness could be discovered throughout domains, together with politics , media, and the authorized field. Lovely individuals are additionally employed sooner, get promotions more shortly, are increased-rating […] 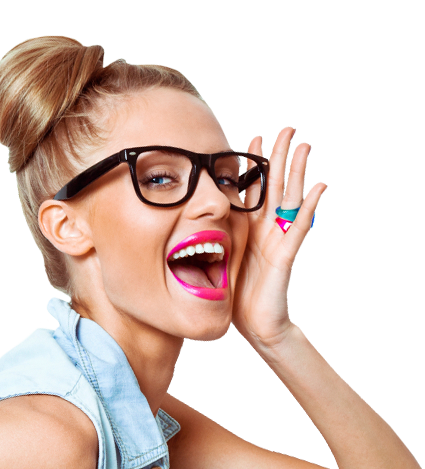