Fashion in the modern West is a savvy mix of tried-and-true classics (vintage Wrangler jeans and Hermès scarves) and straight-off-the-runway looks from Jacquemus and Khaite. The result is the platonic ideal of cool-girl style—on-trend and timeless.

Modern General Feed & Seed was founded in 2015 by local Santa Fe restaurateur and farmer Erin Wade. Located in the city’s Railyard neighborhood, the brightly-lit space is decorated with natural wood finishes and dotted with contemporary furniture and decor. There is a cafe that serves fresh smoothies, juices, toasts, bowls, and pastries and flanking the seating area, visitors will find a range of books and kitchen supplies for sale. Wade also stocks locally-made, eco-conscious apothecary items, as well as gardening tools, glass barware, ceramic dishware, and handmade wooden bowls and spoons. –Brooke Bobb

Twenty minutes from downtown Santa Fe, adjacent to the town’s small local airport, there is a mysterious-looking, unmarked warehouse space. For vintage-lovers, particularly those attracted to old Americana, the inside of said building is a mecca. Founded by the late Scott Corey, who spent more than 30 years collecting, Santa Fe Vintage is a treasure trove: rare vintage denim from Levi’s and Wrangler, antique quilts and cowboy hats, beaded Rodeo costumes, old vinyl albums, Victorian slips and dresses, a plethora of silver and turquoise accessories, and on and on. It’s possible to spend an entire day (or two) sifting through the shop’s offerings, which are now overseen by current owner Teo Griscom. Though Santa Fe Vintage has an online shop, the warehouse is by-appointment only and visited frequently by well-known stylists and vintage enthusiasts alike from around the country. In short, Santa Fe Vintage is a true hidden gem in the Land of Enchantment. —B.B.

You will be just as dazzled by the art as the fashion at Just One Eye, a concept store in Los Angeles’s burgeoning Sycamore district. A scrap metal John Chamberlain sculpture greets you at the door of the impressive gallery-like space, while a Damien Hirst daisy painting casually decorates the back wall. And that’s not to mention the Murakami.

Store owner Paola Russo’s discerning eye for art is more than matched by her taste in designer clothes. High-fashion collectibles from Gucci, Celine, and Prada hang alongside pieces from exciting new names—Y/Project, Grace Wales Bonner, and the like. Perhaps the store’s biggest claim to fame outside the blue-chip artwork though, comes courtesy of a Hollywood A-lister: Just One Eye boasts furniture designed by Brad Pitt. —Chioma Nnadi

Since opening its doors in 2007, Oakland concept store McMullen has been a one-stop shop for high-end womenswear and independent lines from around the world. Filled with eclectic finds from the likes of New York designer Christopher John Rogers, Lagos-based label Maki Oh, and Copenhagen up-and-comers Saks Potts, the boutique reflects the quirky-cool tastes and distinctive personal style of its owner Sherri McMullen, an accountant turned fashion buyer. “I started my business because I wanted to curate a positive environment for women and empower them through how they dress,” McMullen told Vogue. As well as being a passionate advocate for young designers, McMullen is committed to giving back to organizations focused on women, children, and the arts; she often uses the brand’s Instagram to support small businesses beyond the world of fashion. —C.N.

Former Vogue editor Emily Holt opened the first iteration of Hero Shop in San Francisco’s vibrant Tenderloin back in 2016. With more than a decade’s worth of experience on the New York fashion scene, Holt brings a forward-thinking retail sensibility to her hometown that is at once laid back and ultra stylish. The store–cum–cool community center is home to such labels as Brock Collection, Marni, and Gabriela Hearst, while also housing one-of-a-kind yet affordable treasures: Think, hand-embroidered vintage sweatshirts from the L.A.-based line I Stole My Boyfriend’s Shirt. With a second location in Marin Country Mart in Larkspur, just across the Golden Gate Bridge, Holt is expanding that warm and inviting vision. Here you’ll find exuberant floral tableware from Milanese fashion and lifestyle purveyors La Double J alongside quietly exquisite jewelry by Californian jewelry designer Sophie Buhai. —C.N.

Owner Jennifer Streit had shops in Berkeley and San Francisco before she opened her current location in Ashland, Oregon, a small town just past the California border that’s known for its Shakespeare Festival. Prize supplies all the little details that make a home sing: hand soaps from Hawaii, Japanese dishcloths, and colorful Parisian candies. Those in search of a super-soft swan stuffed animal or a vintage Hermès scarf will also likely be in luck. Prize’s stock varies seasonally, and that’s exactly what makes it the perfect stop: there’s always something new to see—though charming cards and an array of fine jewelry can be counted on as constants. —Ella Riley-Adams

Portland shop Frances May opened in 2008 as a collaborative effort between Pamela Baker-Miller and her grandmother. They started with eight designers—Samantha Pleet and Rachel Comey among them—on two small racks. Now, the shop showcases more than 65 designers, as well as menswear and an apothecary. The year 2020 saw a number of shifts: First, much of Frances May’s business moved online (though Baker-Miller notes she has always nurtured a web presence). When Portland erupted in protests, the shop’s West End windows hosted artist-made Black Lives Matter posters. At the end of the year, Frances May moved into a new space where sparkly Collina Strada water bottles stand illuminated by floor-to-ceiling windows. Baker-Miller says she’s grateful for the way Portland fosters small businesses. “It has a really tight-knit community and it really champions all of its industry.” —E.R.A.

On the main street in Ketchum, Idaho, is Huck & Paddle, a small, cozy store that specializes in Western home goods. They sell hand-painted wooden canoe paddles, wool blankets, glass match cloches, and a plethora of items involving cowhide. Yet it’s far from kitschy—owner Emily Stoddard describes the aesthetic as “mountain modern” with a bit of “eclectic cabin.” And due to its proximity to Sun Valley ski resort, Huck & Paddle also has quite a cult following from the town’s locals and the fashionable visitors that pass through it. —Elise Taylor

Wed Feb 3 , 2021
Photo: Dennis Oulds/Central Press/Getty Images There are perfectly good celebrity style moments, and then there are the looks that really stick with you, the ones you try desperately to recreate at home. In ‘Great Outfits in Fashion History,’ Fashionista editors are revisiting their all-time favorite lewks. Last week, a day […] 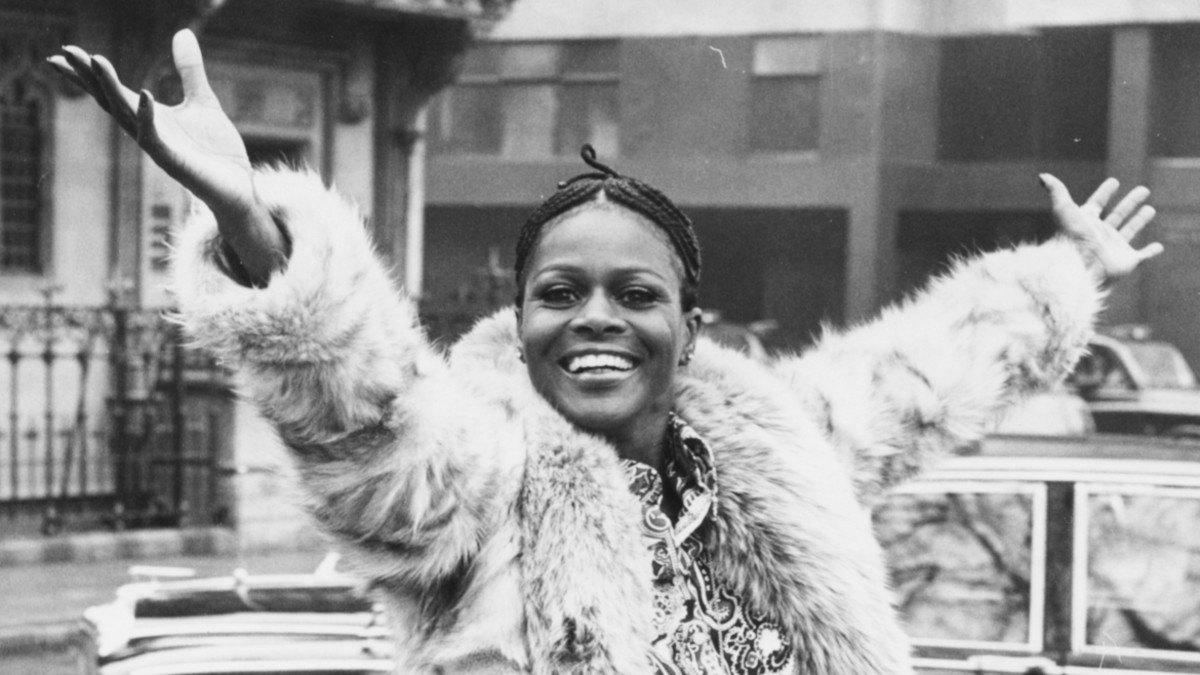