The makeup company has released a line of products inspired by the hit drama series “Stranger Things” and it’s equal parts as vibrant and eclectic as one would imagine.

“Step into the Upside Down or transport to the hallways of Hawkins High where playful colours collide with subversive shades in our most transformative lineup yet,” the brand captioned a photo revealing its latest collection.

Since announcing, the new collection already has a huge fan base with lots of makeup lovers commenting on how beautiful the colors and textures are.

The MAC x Stranger Things collection includes lip gloss, powder blush, makeup brushes and and two eyeshadow palettes that have all been influenced by the 1980s nuances of the show.

Each product has names such as Demogorgon and Hawkins High that are reflective of “Stranger Things” characters and themes.

“Coming of age in a small town in the ’80s, I completely relate to the vibe and character of ‘Stranger Things,'” said MAC senior artist Fatima Thomas in a statement. “This collaboration perfectly captures the essence of the era: spirited, adventurous and fun.”

Just ahead of premiere of the last season of the show on Netflix for its final season May 27, fans can shop products from the limited edition makeup launch starting May 15 in-stores at mass retailers and online.

Fashion trends are costing the environment

Sat May 14 , 2022
Credit: Shutterstock From balaclavas to cowgirl hats—and even the return of low-rise jeans—whatever the latest trends, they’re sure to fly from catwalks to consumers the moment that models leave the stage at the Australian Fashion Week next week. But before fashionistas spend up big, University of South Australia researchers are […] 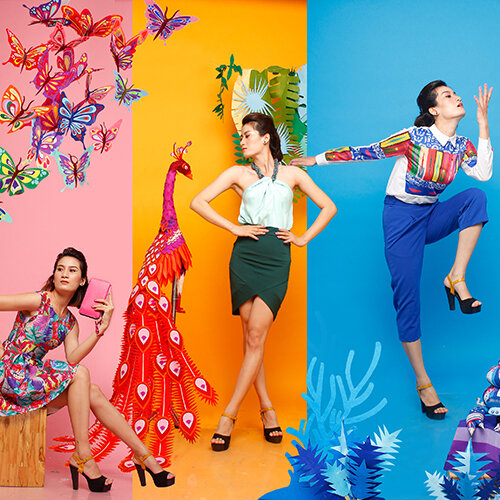