Ali Mahaffy and Sandra Spurgeon don’t know each other, and they are in very different fields of work. But there is a common and important thread that runs between the two women’s stories; both are mothers and bosses who are passionate about lifting up and having a life altering impact on the other women in their lives.

Mahaffy is the co-CEO of Signal Theory, a 50-year-old creative agency with locations in Kansas City and Wichita. “I knew someday I wanted to run an agency where people really want to work. Where we treat people well and it’s creative and rewarding. When I walked into Signal Theory twenty years ago, I thought – this is the place. They treated people with respect, people worked together and appreciated other peoples’ perspective.”

But while the agency offered the culture she was looking for, the industry in general did not. “When I started, only 3% of creative directors were women. Men were in the senior positions,” she says. And she noticed a significant disparity in wages.

Mahaffy quickly put a stake in the ground and made significant course corrections. First, she took a hard look at her firm’s wages and leveled the gap. Then, she diversified her team – which is now 50% women – and promoted women to key leadership roles. “Getting women into those leadership roles and creating a respectful, collaborative environment where every voice is heard is important.”

But lifting up women within Signal Theory was simply not enough. Mahaffy and her team were thinking bigger. They started an employee resource group called Babes Helpin’ Babes, which gave women in creative positions space to discuss difficult topics, like discrimination and sexual harassment, and offered opportunities for women to help other women. What started five years ago as a small in-house support group has now blossomed, and the group offers guidance so agencies anywhere can form similar programs. The art director who started it, Abby Kallenbach, left Signal Theory (with Mahaffy’s blessing) to run BHB full time. “Ali met with us several times to talk through our initiative and made sure we had the support and budget to bring our vision to life. Babes Helpin’ Babes was able to flourish at Signal Theory under her leadership and, by making BHB a priority, the women at Signal Theory were able to actively challenge and change the company culture to be more diverse, equitable, and inclusive.”

Mahaffy identified a gender gap in her industry and first worked to solve it from within before expanding it to help women everywhere. Here are her top three tips to help women achieve success:

Fighting For Those Who Can’t Fight for Themselves

600 miles away in rural Kentucky, Sandra Spurgeon is fighting for women in her own way. Born in rural Appalachia to coal miner parents and raised among teenage girls who frequently became pregnant early in high school, education was not a priority. Yet Spurgeon knew she was different. “I became an avid reader because my mom couldn’t read or write. And once I got to high school, I knew I didn’t just want to get married and have kids. A professor in community college told me that education was my ticket – that it would level the playing field.” And that ticket set Spurgeon on an inspirational journey.

From community college to university to law school, Spurgeon used her education to help others who couldn’t fight for themselves. When she graduated law school, there were only three female litigators in all of Kentucky. Not being included in the “boys club” just made her work harder and she began litigating, often for women, all over the country – winning judgements and settlements close to $100 million for her clients. “I’ve never lost a case – it’s all grit and hard work,” she says.

Spurgeon took a break to write a book – a way to teach other women litigation strategies. The book, Courage to Stand, became a #1 bestseller in eleven categories and Spurgeon donated the profits to Feeding Kentucky. As she was finishing her book, she opened her own law practice. “It’s not even a mom-and-pop shop,” says Spurgeon. “It’s a mom shop. It’s owned and operated by a woman.”

But Spurgeon’s most difficult challenges were not always in the court room. She soon found herself advocating for someone much closer to home. Her second daughter, Elizabeth, was born at less than two pounds with cerebral palsy. “I did what every mother would do. I had to learn to speak in medicalese to best advocate for her. But now I use that medical knowledge to be a better litigator in medical cases for others. It also taught me empathy – now I think about what other women have gone through before they get to work in the morning.”

Spurgeon’s coal mine-to-riches story shows the impact we can have on others when we take agency over our own lives. She shares her top 3 tips for helping female professionals achieve greatness:

Spurgeon shares a story that illustrates just how impactful strong women can be on the lives of other women. Spurgeon was trying a case against a team of male attorneys. A disheveled woman in the courthouse leaned over to Spurgeon and asked incredulously, “Are you a woman lawyer? A genuine lawyer?” After Spurgeon answered yes, the woman said to her granddaughter, “I want you to look here – if this is who you want to be, you can be just like her.”

Happy Mother’s Day to all of you strong, impactful women.

Wed May 11 , 2022
Today’s spa bathrooms blend style, serenity and smart technology features. Sharon Sherman, Thyme & Place Design The client breathlessly shows her designer photos from a recent resort vacation, asking, “I loved this in our hotel bathroom; can we get one for our shower here?” It’s a question that has been […] 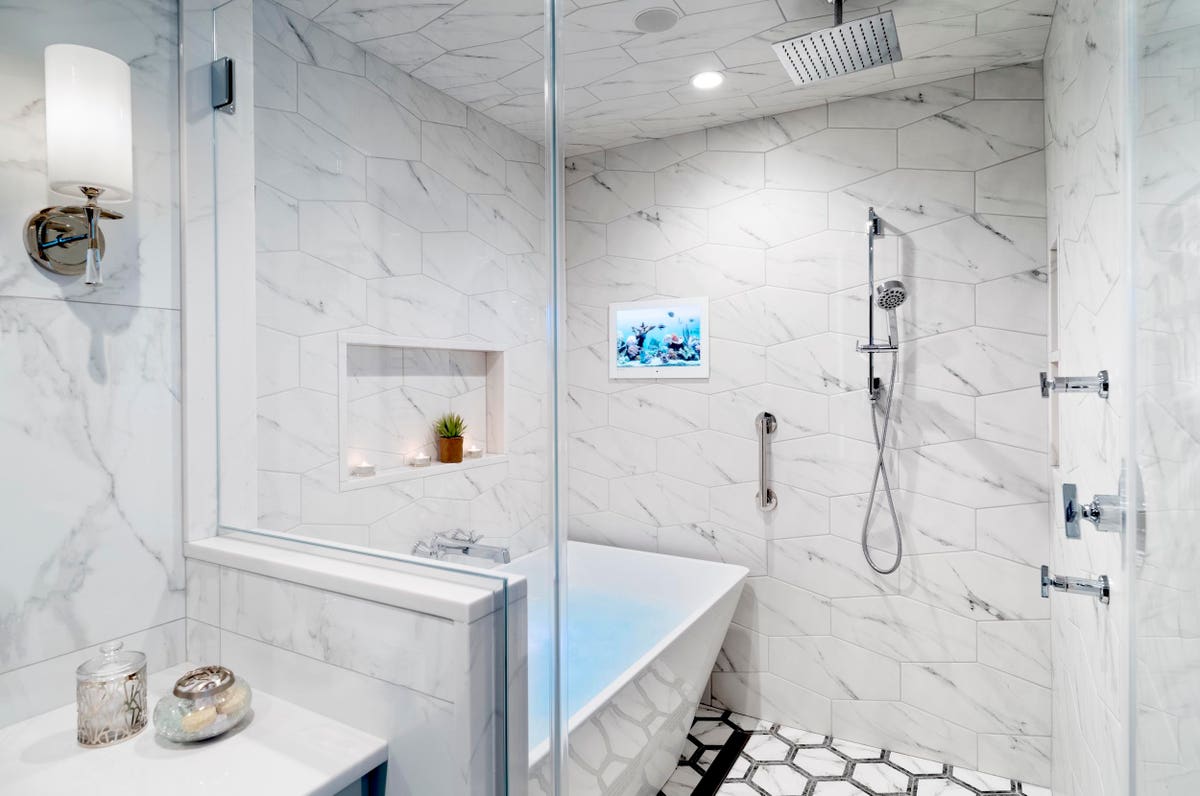