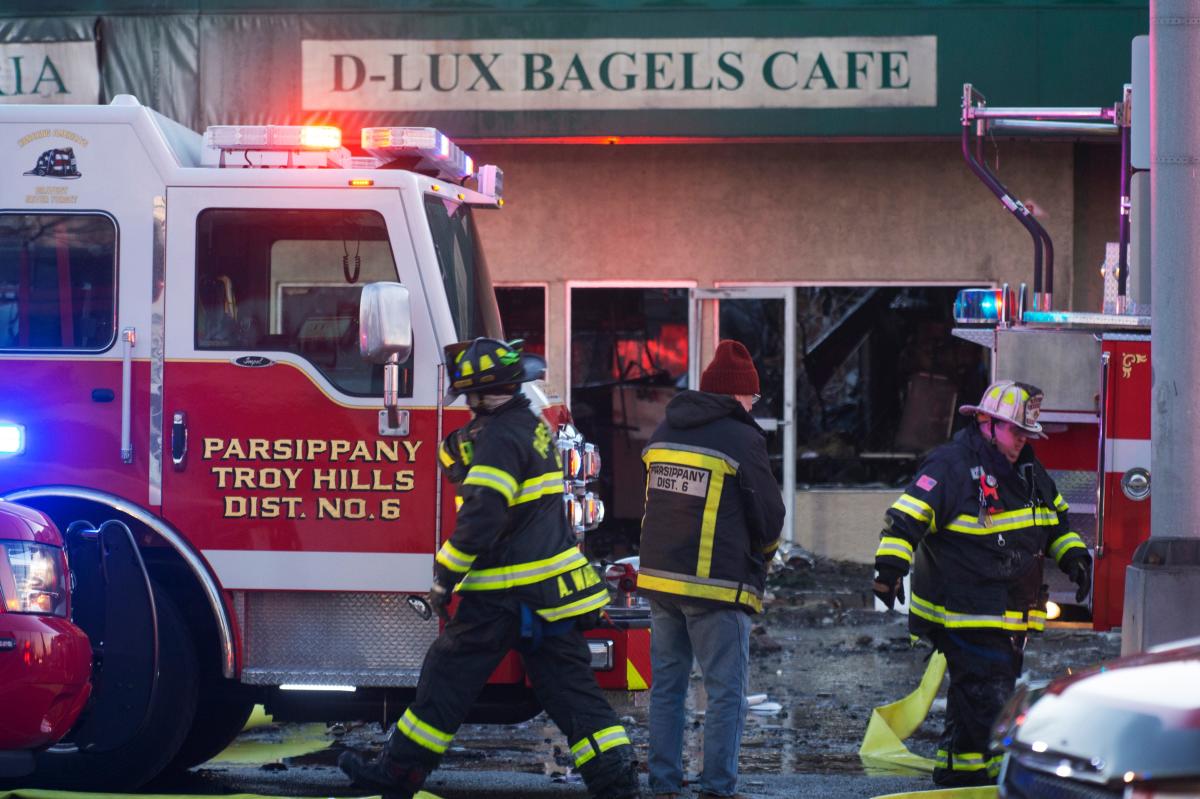 The fire broke out at 12:45 a.m., police advised on social media, adding that a large portion of Parsippany Road was closed between Barnsboro and Allentown roads.